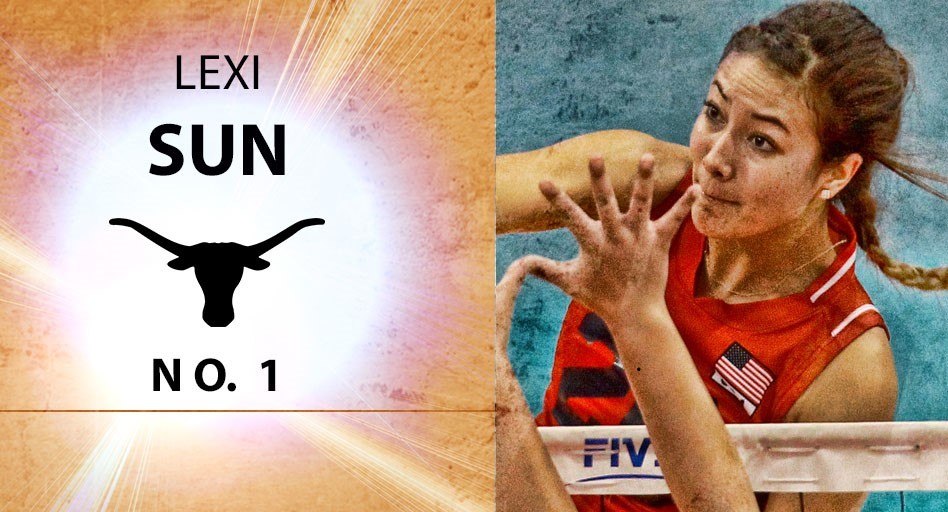 3 out and 3 in for the Texas Longhorns. Jerritt Elliott’s team will lose only 3 players from its 17-deep... Current Photo via Texas Athletics

3 out and 3 in for the Texas Longhorns. Jerritt Elliott’s team will lose only 3 players from its 17-deep roster next season, so they didn’t have many holes to fill in their high school class of 2017. They filled them in a big way, though, by signing Prep Volleyball’s #1, #2, and #6-ranked recruits in the nation.

All three players, Lexi Sun, Brionne Butler, and Ashley Shook, are members of the USA Volleybal Junior National Training Team, meaning that they’ve played together before and should gel well as a class.

The primary losses for Texas are at setter (starter Chloe Collins) and outside hitter (the team’s second-leading hitter Paulina Prieto Cerame).

Brionne Butler out of Boling High School in Texas is a 6’3″ middle blocker who is a 1st-team Texas All-Academic performer in the classroom and a AAU National Champion on the court.  Butler, who has named former Texas star outside hitter Destinee Hooker as her favorite player, has been destined for the Longhorns for years. Her mother Javonne Brooks is a volleyball Hall of Famer at the University of New Orleans, where in her senior season she broke the NCAA career kills record, and went on to play professionally in Europe.

Brionne has an impressive vertical leap,

Ashley Shook will be an elite athlete at setter for the Longhorns. At 6’2″, and with a vertical touch of 10’1″, she will give the Texas offense a high pace – something that worked well for her in her senior year at Plainfield Central High School in Illinois. There she paired up with 6’4″ freshman outside hitter, who coming out of high school could already touch at 10’6″.

That means Shook will already be used to playing with the kind of big hitters that Texas has on their roster. She’s the lone setter brought in by the Longhorns who are graduating 2 – including current starter Chloe Collins. That will give Shook an opportunity to battle with Texas freshman and high school All-American Riley Fisbeck for the starting role in Texas top-10 offense.