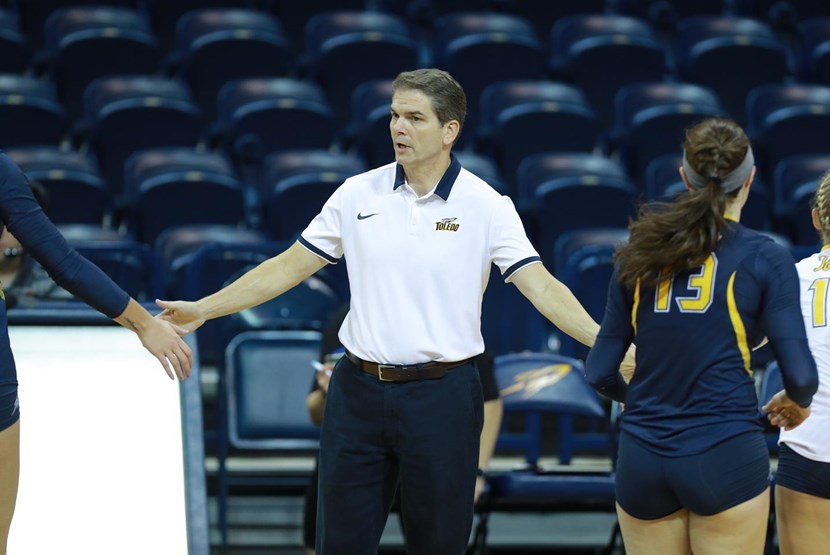 Greg Smith had a 102-161 record in 9 seasons leading the Rockets. Archive Photo via Toledo Athletics

University of Toledo head volleyball coach Greg Smith has resigned his position, effective immediately, after 9 seasons at the helm of the Rockets’ program. Toledo finished the 2017 season with a 12-16 overall record, including 7-9 in the MAC.

“I would like to thank Mike O’Brien and (senior associate athletic director) Kelly Andrews for the opportunity to lead the women’s volleyball program at the University of Toledo for the past nine years,” said Smith. “I would also like to think the many wonderful student-athletes that I have had the pleasure to coach, as well as all the people who have supported our program. UT has been a great place to work, but now I look forward to the next chapter in my life.”

The team missed this year’s MAC Championship tournament in spite of just being 1 game under .500. In the league’s West Division, which had far more parity than the east, the 3rd-6th-place teams all had identical conference records, but Central Michigan and Eastern Michigan earned their way in via tie-breakers, leaving Toledo (and Northern Illinois) out. Toledo wound up losing 4 of its last 5 games (and 6 of its last 8) to just miss a spot in the 8-team bracket.

Toledo has never won the MAC tournament, but came closest in 2014 where they had a 12-4 conference record in the regular season, but were upset by Buffalo in the post-season. Toledo has also never advanced to the NCAA tournament.

Smith had prior head coach stops at Notre Dame and Virginia Tech before coming to Toledo.