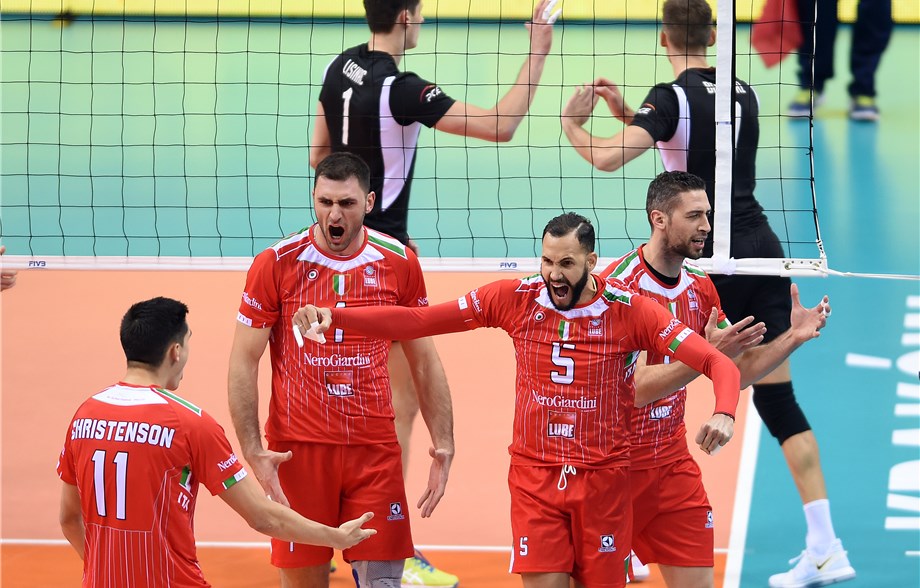 The top two teams in the Italian Men's Superleague will face off this Saturday in Perugia, Italy, with the match being sold out in just 30 minutes. Current Photo via FIVB

The top two teams in the Italian Men’s Superleague will face off this Saturday in Perugia, Italy, with the match being sold out in just 30 minutes.

Sir Safety Conad Perugia and Cucine Lube Civitanova have dominated the Italian League circuit this season with 18-2 and 17-3 records, respectively. Sir Safety, though, sits in a commanding first with 54 points to Lube’s 50. These points are determined by the finish of a match – sweeping a team gives your team 3 points while a 5-set match gives you 1.

The last time the two teams met was on November 20, 2017, with Lube winning the match in 3 sets. Osmany Juantorena and Taylor Sander led the team with 13 points each while Tsvetan Sokolov added another 11. Aleksandar Atansijevic was the top scorer for Sir Safety as the only player to reach double-digit points with 12.

Sir Safety has swept their last three opponents and is set to take on Vibo Valentia on February 7 while Lube is just 2-1 in their past three matches, losing to Azimut Modena two matches ago in a sweep. Lube will take on Gi Group Monza in their match before the showdown with Sir Safety.

A win for Lube would tie the overall record between the two teams, with a sweep putting them just 1 point behind but a loss could put them closer the third places, Azimut Modena who has 48 points currently.