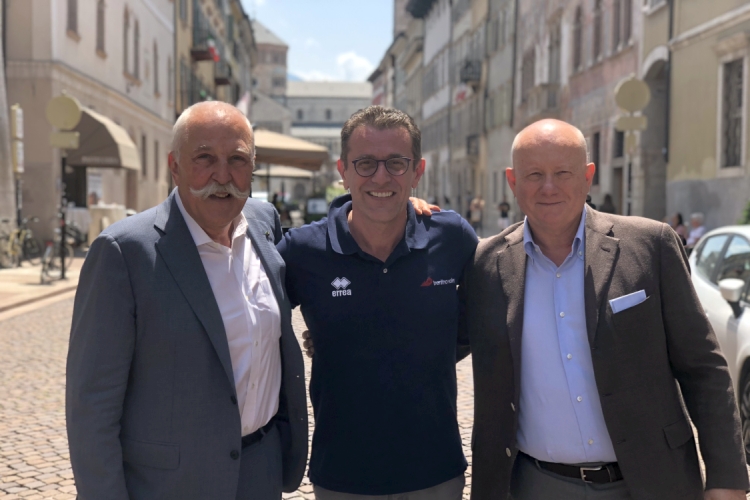 Trentino has made significant upgrades on the court this season, and the club is trusting their coach Angelo Lorenzetti to lead them into the future Current Photo via https://www.trentinovolley.it

Diatec Trentino has big dreams for its volleyball future. To lead the squad towards its goals, the team’s management has announced in the club’s official website that is has extended coach Angelo Lorenzetti‘s contract through the end of the 2021 season. He will lead an upgraded roster that saw the addition of elite players such as Srecko Lisinac Jenia Grebennikov Aaron Russel and Davide Candellaro to its composition.

In his last two seasons with the club, Angelo has amassed a 65% winning percentage in 104 games. Here is what he had to say of his massive contract boost:

“I am convinced that anyone dealing with Trentino Volley is a particularly lucky person. I feel that way for having the opportunity to continue my career here. Continuing this experience was the logical choice to make. I have always felt strong sharing of intentions with all of the club’s personnel.”

“The contract extension of Angelo Lorenzetti is a strong signal that we give to our environment and to the world of volleyball. It’s a transaction that we wanted done a long time ago, because in his first two years as a coach here he has shown all of his capabilities, revolutionizing the way we relate to the players, fully respecting the Company and working only for its good. The possibility of carrying on, in total harmony, our sporting project together with him, makes us proud of the choice we had already made in the summer of 2016.” – Tretino’s President Diego Mosna

“Continuing our technical path with Angelo Lorenzetti was a natural consequence of everything that was done in the first two years of working together. Angelo is one of the best coaches around, not only for what he daily develops in the gym, but also for the professionalism and educational ability that he shows in every circumstance; qualities that are making not only our players grow, but also the whole team environment.” –  Trentino’s General Manager Bruno Da Re

With an underwhelming 18-8 record, Trentino finished its 2017/18 season in 4th place. However, the team improved in the playoffs, taking eventual champions Sir Safety Perugia to five games in the semis.