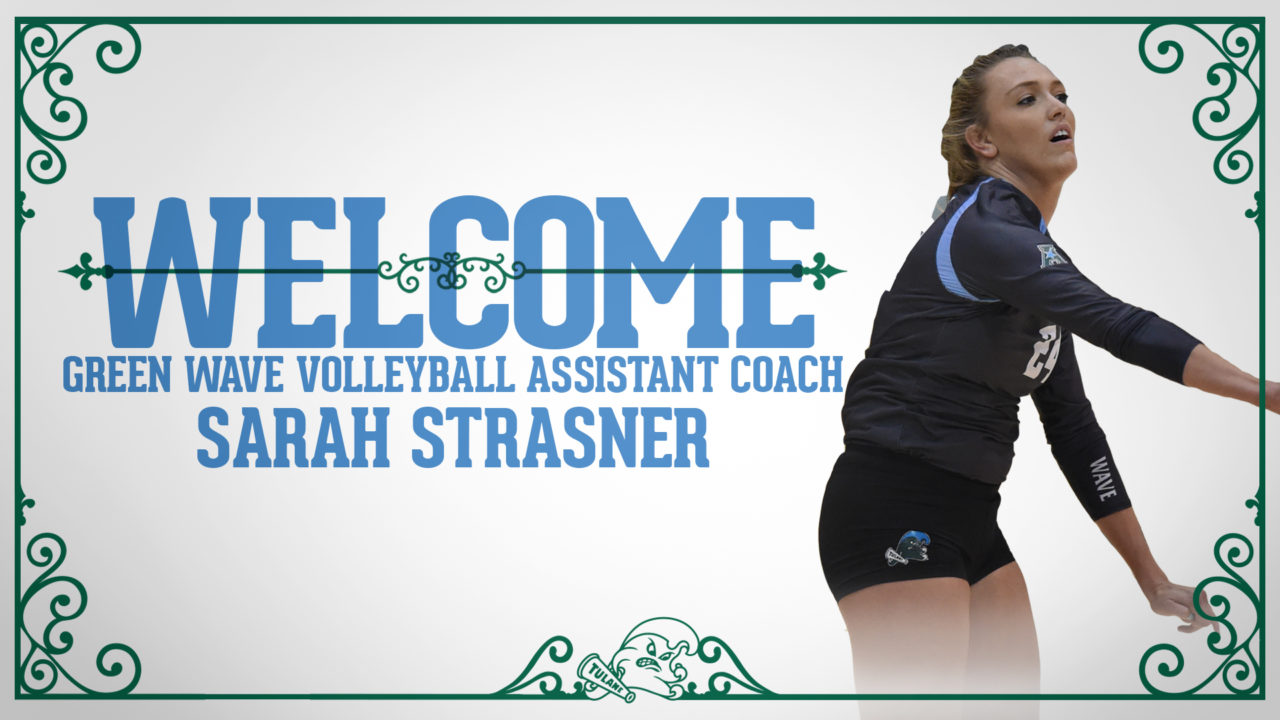 “I always look for quality people to be on my staff that are going to best serve our players and you can’t find a better person than Sarah,” Barnes said. “We’re ecstatic about bringing her on board, especially due to her experience within our system and what we’ve done turning this program around. She’s going to be a great fit so that we don’t miss a beat.”

Strasner was a four-year letterwinner as a middle hitter with the Green Wave from 2013-16, appearing in 119 matches and starting more than half of those contests. As a senior in 2016, her only season under the tutelage of Barnes, Strasner guided Tulane to an 18-14 overall record and a 10-10 mark in the American Athletic Conference, good for a fifth place finish in the league and the most improved team in the nation after a turnaround of 150 spots in NCAA Division I’s RPI standings.

“I am thrilled because I love Tulane and my heart has been with this program since I committed in high school,” Strasner said. “I can’t wait to work with Jim and his staff. They had a really big impact on me after playing under them for just one year and now I’m excited I get to coach with them.”

A native of Houston, Texas, Strasner ranks third in Tulane history in attack percentage (.322), fourth in block assists (335), fifth in total blocks (412) and solo blocks (77) and sixth all-time in blocks per set (0.98). She also lettered for the Green Wave’s beach volleyball program for four years, posting an overall record of 65-59.

“I know Tulane like the back of my hand,” Strasner said. “I’ve been a student-athlete and been through the program so when I’m selling this program to recruits, it will be authentic. I’ve been through the highs and lows so that will be an exciting part of the job.”

For the 2017-18 season, Strasner was a sixth grade mathematics teacher at Nolan Ryan Junior High in Pearland, Texas, where she also served as head coach of the volleyball and cross country teams. She was also an assistant coach for the Houston Stellar Volleyball Club’s 16 Elite.

Strasner earned her bachelor’s degree as a double major in marketing and management from Tulane’s A.B. Freeman School of Business in May of 2017. She received Tulane’s Student-Athlete Leadership Award in 2015.