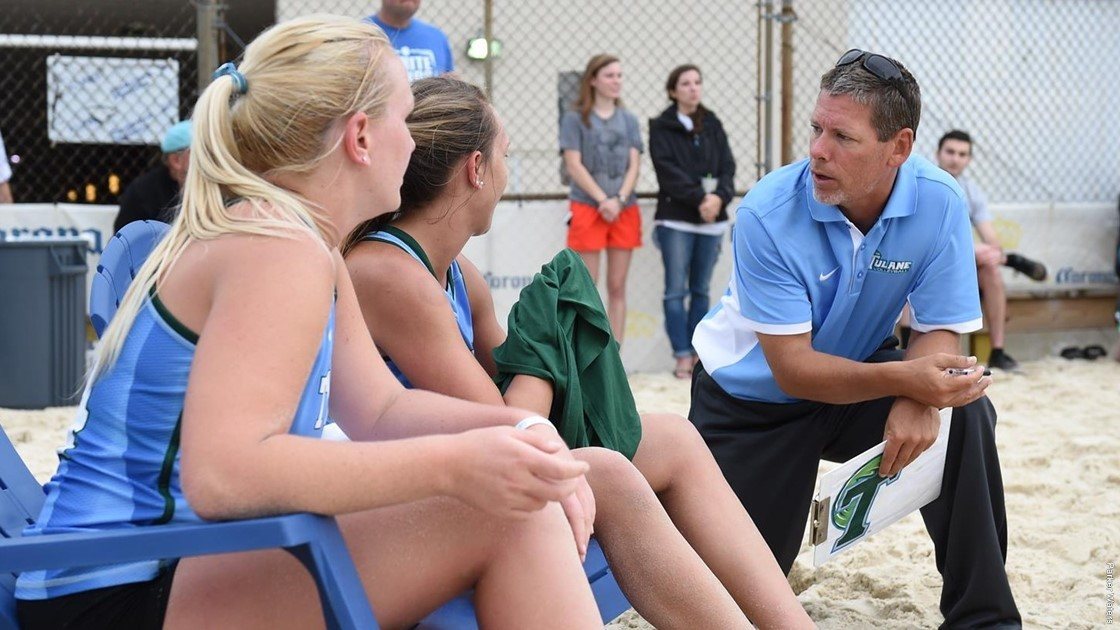 With the start of the spring semester less than a week away, the women of Green Wave beach volleyball are... Current Photo via Tulane Athletics

With the start of the spring semester less than a week away, the women of Green Wave beach volleyball are eager to get back into their training regimen to start preparing for the upcoming 2017 season, the team’s second as a member of the Coastal Collegiate Sports Association. This year’s competition schedule kicks off on Saturday, March 4 and features eight regular-season tournaments as well as the CCSA Conference Championships in Emerson, Georgia, head coach Wayne Holly announced today.

The 2017 slate is also highlighted by match-ups with the national runner-up Florida State (March 31) and national semi-finalist UCLA (April 1).

“Announcing the schedule is always exciting and it helps bring focus into the why of our training for the next two months,” Holly said. “Our players had an excellent fall and enter this season with a resolve to grow and show our strength as a team. We’re looking forward to striving together against very good competition and building our fan base through success this season. Our conference alone is laden with excellent teams, and that quality of competition will help us get to wherever we want to go.

The Green Wave open up the season March 4-5 at the Blazer Duals, facing off against Jacksonville State, Austin Peay and UL-Monroe as well as host and conference foe UAB. Tulane will head back to Alabama the following weekend, March 11-12, for the Badger Beach Classic in Gulf Shores, a tournament in which Tulane will face six different opponents.

Following the two out-of-state weekends, the Green Wave will hop on I-10 West for the Tiger Beach Challenge in Baton Rouge for match-ups with four CCSA opponents in LSU, South Carolina, UAB and FIU. The Green Wave will then hit the road for their farthest tournament of the season, traveling to the College of Charleston Duals in Charleston, South Carolina to close out the month of March.

The remainder of the 2017 schedule features road trips to Miami (March 31-April 1), Houston (April 8-9) and a return to South Carolina (April 14-15) before the CCSA Conference Championship in Emerson, Ga., which will take place April 21-23.

The Green Wave close out the 2017 schedule across town at the New Orleans Duals, hosted by the University of New Orleans on April 29. Following the final match of the year, Holly and his team will return to Tulane’s campus to honor four graduating seniors.

Last spring, Holly’s club completed its most successful season in program history, posting 20 wins for the first time ever and wrapping up the season with a No. 14 national ranking in the Dig Collegiate Beach Volleyball Poll. The Green Wave also received Top 10 votes in last year’s AVCA Collegiate Beach Poll.

Holly and his group of ten returners, supplemented by the addition of two crafty freshmen in Kaylie McHugh and Tarin Mergener, expect to pick up where they left off last May and continue a tradition of excellence for the Green Wave.