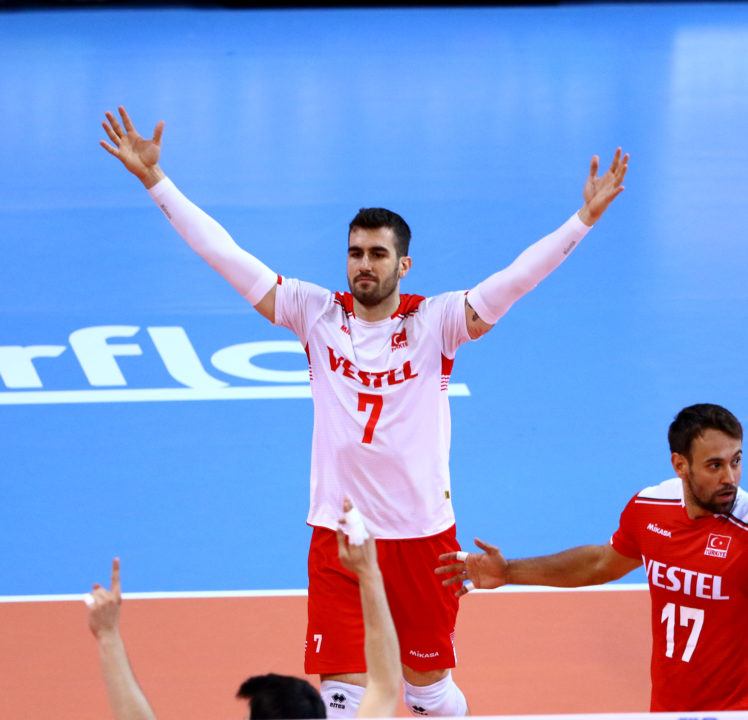 The first day of play of the World League for Group 2 Pool C2 has concluded.  Current Photo via FIVB

The first day of play of the World League for Group 2 Pool C2 has concluded. The Netherlands found themselves with an easy first day as they swept Egypt, while Turkey had a more difficult task fighting past China in five.

The Turkish squad was able to take down China in a tough five-set match up. Turkey went up in the match 2-0 early with a 25-22 first set and 25-20 second set victory.

China fought back, though, not letting the Turkish team sweep them with a 25-21 third set win. Still fighting, the Chinese crew forced a fifth and deciding set after taking the fourth 26-24.

In the final set of the match, the score was close but China could not put the match away, with Turkey taking the 15-12 fifth set score.

Leading the Turkish side was Metin Toy with 25 points, 23 of which were kills. Close behind was teammate Gokhan Gokgoz with 19 points.

For China, Chuan Jiang led the match with 32 points, 27 of which were kills, adding two blocks and three service aces to his tally. Weijun Zhong of China added another 20 points, but the two’s effort was not enough to propel the Chinese to victory.

The Netherlands took down Egypt in their first World League match of 2017 but was not the easiest victory.

The first set started with an 8-5 lead for the Dutch, to which they built their lead, ending the first with a 25-17 score. The second set was a closer battle between the two, with the Dutch staying on top 25-23.

The final set of the match was, again, another close fight. The Egyptians took a 16-12 lead, but couldn’t hold on, dropping the set and match 27-25.

Leading the Netherlands was Nimir Abdel-Aziz with a match-best 18 points, while Ahmed Shafik was the top scorer for the Egyptians with 14 points.