Turkey Struggles From Service Line in Friendly Loss to Czechs 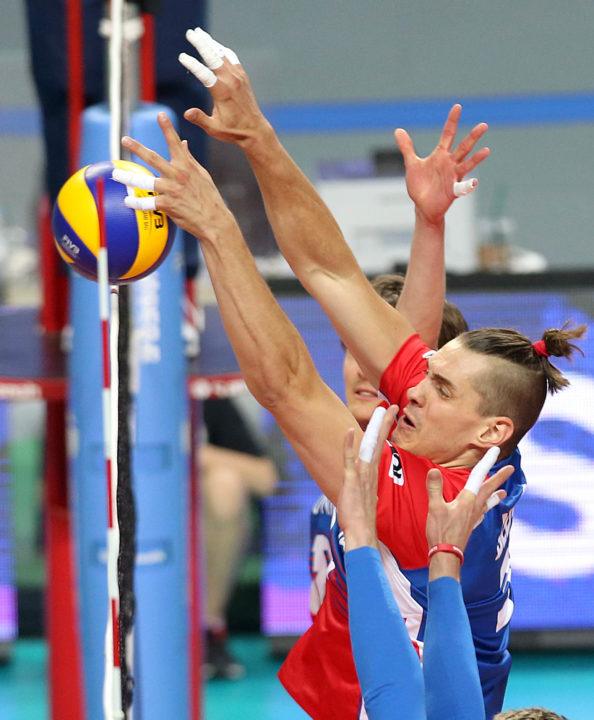 The Czech Republic had a big block party, which combined with bad Turkish service, resulted in one tie and one Czech win in Istanbul. Archive Photo via FIVB

Playing in an empty Burhan Felek Hall in Istanbul, the home of the Turkish Volleyball Federation and home to most of the city’s professional teams, the two sides battled closely in matches on Sunday August 6th and Monday August 7th.

In the first match, it was boom-or-bust for Turkey from the service line. They had 9 aces (to just 2 for the Czechs), but also served 23 errors – including 7 from Gokhan Gokgoz and 6 from Burutay Subasi.

In the 2nd match, which the Czechs won, Turkey again struggled from the service line with 21 errors – but this time, they only had a single ace to offset. The Czech Republic recovered for a 49% positive reception, though that only improved their hitting percentage by a point – to 48%. Turkey did them one better at 49%, but more aces (4-1) and blocks (11-5) carried the day for the Czechs. Jan Hedrava led the way with 4 of those blocks in game two after 2 in game one.

The Czechs were just the 7th-best out of 12 teams in Group 2 of the World League with 80 blocks in 9 matches.

The Czech Republic will play in Pool B of the European Championship final with Olympic silver medalists Italy, Germany, and Slovakia, while Turkey will play in Pool D with the World League winners France, Belgium, and the Netherlands.

Turkey will finish their preparations with a pair of friendlies, again in Istanbul, against Tunisia on August 18th and 19th.