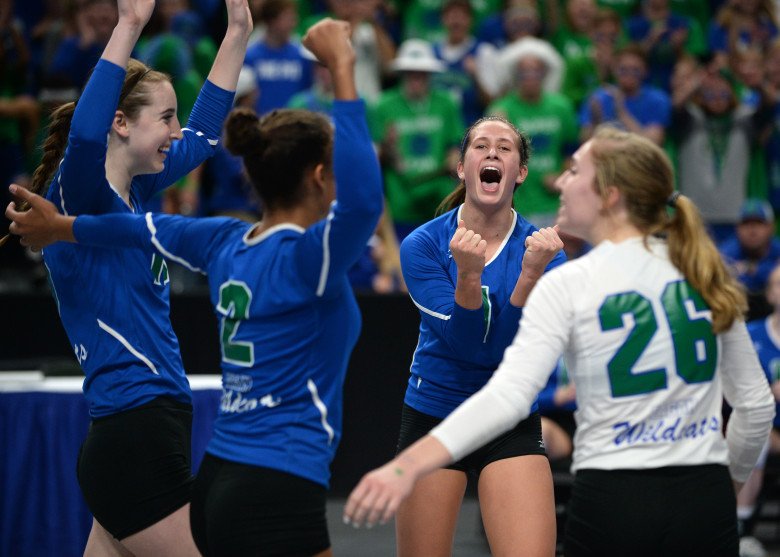 The state tournament took place from November 10-12 at the Xcel Energy Center in St. Paul, Minn.

Mayer Lutheran dropped the first set, but that loss woke them up as they took the next three sets to win the state title. Setter Madison Huckly posted a triple-double in the match, with 15 kills on a .333 hitting percentage, 24 assists and 14 digs. Teammate Olivia Tjernagel added 13 kills, while Mya Chmielewski picked up 18 digs.

For Caledonia, Madison Heaney and Mariah Schroeder each recorded double-doubles in the loss. Heaney put down 17 kills and 15 digs, while Schroeder added 12 kills and 16 digs. Three other players picked up double-digit digs. Isabel Allen picked up 13 digs, Sam Schroeder and Katelyn Stemper each added 10 digs.

Linsey Rachel recorded a double-double for Maple Lake with 21 kills on a .486 hitting percentage and 10 digs, while Mollie Scheiber and Morgan Scheiber each picked up 13 digs.

The champions had two players record triple-doubles in the title match. Brie Orr put down 18 kills, dished out 19 assists and 10 digs, while Kennedi Orr added 12 kills, 18 assists and 12 digs. Recording a double-double was McKenna Melville with 11 kills and 23 digs, while Taylor Olstad picked up 36 digs and Anne Wong added another 16.