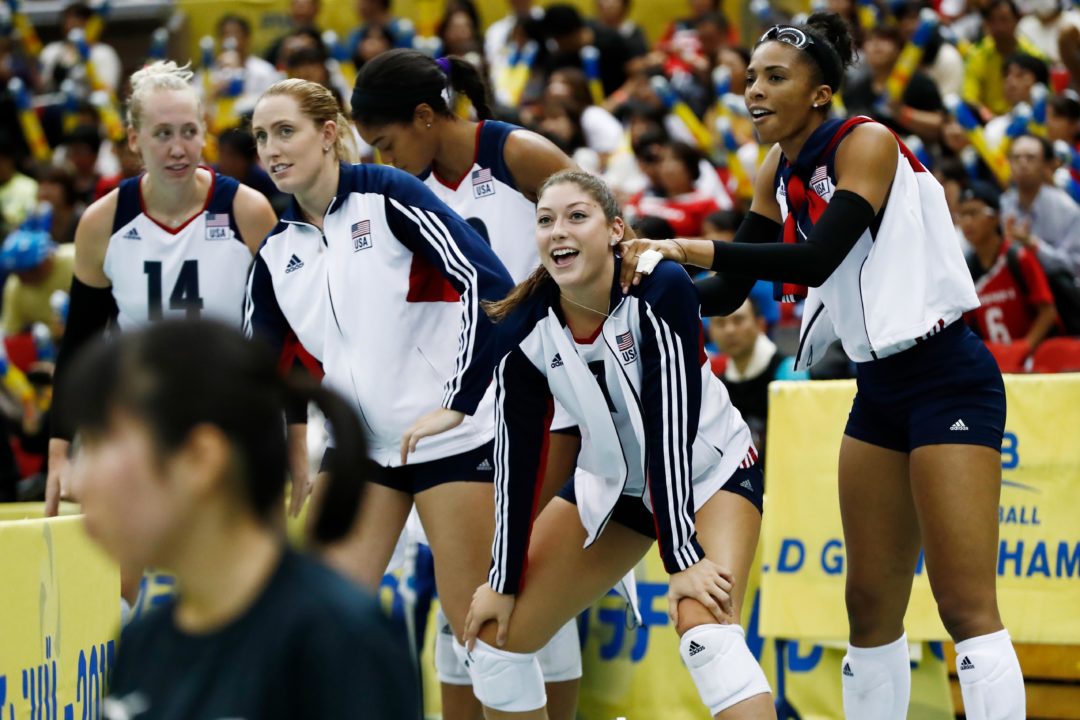 Former Wisconsin Badger All-American Lauren Carlini, recognized as the best young setter of her generation in the United States, has signed to play with Igor Volley Novara in Italy for her 2nd professional season. She follows in a long line of great setters for thee club, after Dutch national team setter Laura Dijkema and Polish National Team setter Katarzyna Skorupa, who were the club’s last two starters at the position.

“I am excited to be able to drive a prestigious team like Novara of whom I have heard exceptional things both for the team, for the club, the city and the fans,” said the American setter.”Playing in Italy is a dream come true for me and I feel lucky to be able to continue living this dream with the shirt of Novara. The Champions League? It is a stage that I will try for the first time and I can not wait to face the challenge. I believe that our team can achieve all the goals it sets and I can not wait to fight on the field with my new friends, even in the most prestigious club competition.”

The 23-year old Carlini played on the United States’ National Team last summer, winning bronze at the Grand Champions Cup in Japan. She’s on the expanded 21-player roster for this week’s Volleyball Nations League, but hasn’t been called to the 14-player roster in either week 1 or week 2, with the Americans choosing Carli Lloyd and Micha Hancock instead.

Last year, Carlini was the starting setter for Scandicci in central Italy, where she scored 51 points and her team hit 33% – which ranked 3rd in the league. AGIL was one of the two teams better than them, at 37%.

Igor was also the only team that finished above Carlini’s old side, Scandicci, in last year’s league table. They wound up losing to Imoco Volley in the league championship (Scandicci lost in the semi-final). The result earned Novara an invitation to the newly-formatted CEV European Champions League, which will be Carlini’s first experience in that season-long continental championship.

“After the decision not to re-sign Skorupa, we had to find a profile that satisfied management and technical staff and the choice fell on Lauren Carlini with whom already in the past season there were contacts,” said general manager Enrico Marchioni. “The enthusiasm that she showed towards our project did the rest, bringing the deal to a close in a fairly short time. Lauren is a young athlete, fresh from a great experience in Scandicci in what was her first season as a professional. We wait for you in Novara, hoping that in blue you can continue your journey of growth.”