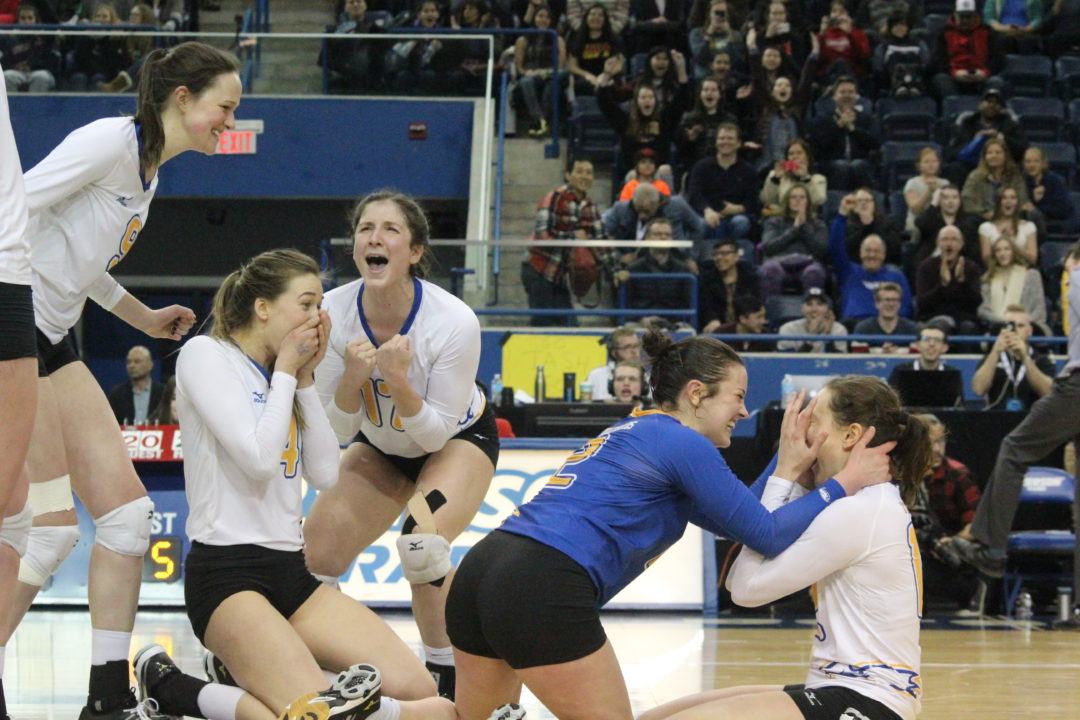 UBC earned their 11th national title in program history over Alberta in four sets at the U Sports championship final. Current Photo via Christopher Blanchette

UBC took home their 11th national title in program history over Canada West rivals from Alberta in four sets in the U SPORTS championship finals.

The Thunderbirds won their first title since 2013, lead by the Championship MVP Danielle Brisebois, who recorded 20 kills on a .356 hitting percentage, adding eight digs to her tally.

UBC fell behind early in the first set, 6-2 but battled back to take the lead before the first technical timeout. The Thunderbirds were able to go on a 7-2 run, propelled by Maggie Li, who put down two kills and a block, boasting the team to a 16-14 lead. Victoria Behie gave the Thunderbirds four straight points to take a 20-15 lead late, with UBC not letting go of their lead to take the first set 25-22.

The beginning of the second was a trade-off of points by each team, before a string of kills and aces took the Thunderbirds to a 16-9 advantage over Alberta. The Panda’s were able to bring the score within five, shifting some momentum, but were unable to keep it going, dropping the second 25-20 and giving UBC the 2-0 set advantage.

The third set was back and forth to start. With the score tied at 9-9, the Pandas were able to swing all the momentu 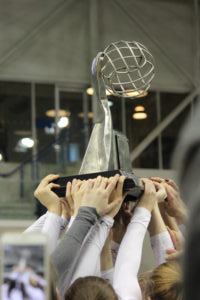 The fourth started with Li serving four aces, that began a Thunderbird 8-0 run. The Pandas were able to bring the score within one point and eventually taking a one point lead at the technical timeout. UBC was able to take control of the st again, bringing the team to a 25-20 victory in the fourth and the championship.

Leading the Thunderbirds was Brisbois with 20 kills, eight digs and four blocks while Li added another 11 kills on a .455 hitting percentage, four aces and a match-best dive blocks. Setter Alessandra Gentile dished out 37 assists and 16 digs for a double-double. In the back court, Samantha Patko picked up 16 digs and Juliana Kaufman added another 13.