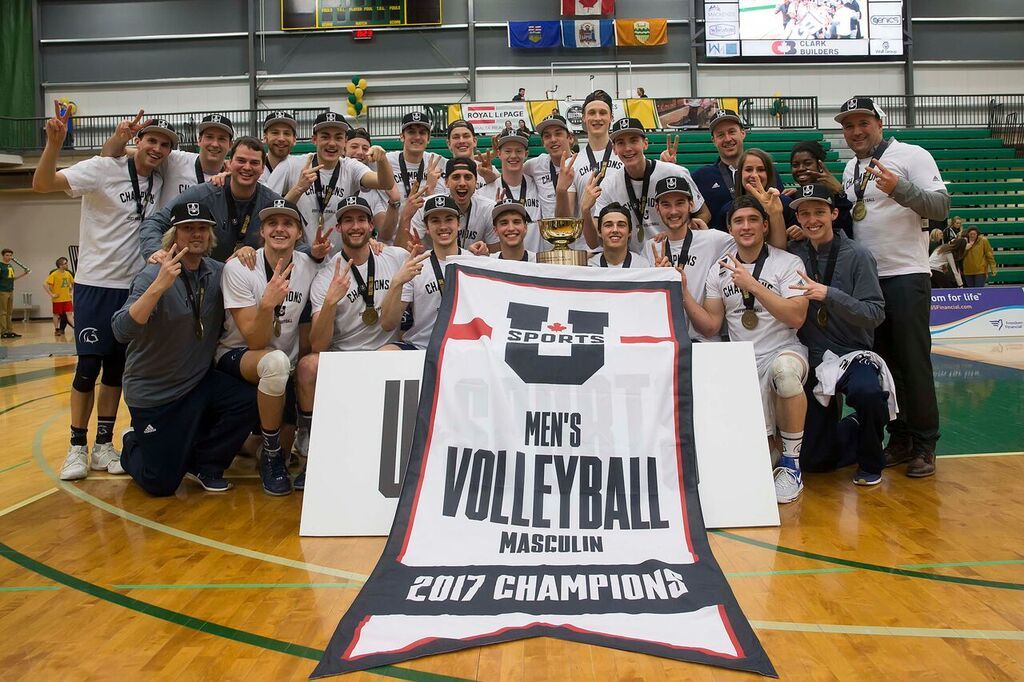 Ryan Sclater, the 2017 U Sports Men’s Volleyball Player of the Year, topped off his career with 12 kills, eight digs and five blocks.

The first set was led by Trinity Western’s Blake Scheerhoorn, who put down a perfect seven for seven kills in the first set alone, bringing the Spartans to a 25-20 first set win. In the second set, Scalter led the pack with five kills on nine attack attempts, also adding an ace. The second saw eight ties and three lead changes, but the Spartans had it together late in the set to take the 2-0 advantage in the match with a 25-20 second set win.

Alberta took a set off of Western Trinity in the third, with a hard-fought 29-27 victory, having to fight off to match points to take the win.

Western Trinity fought back in the fourth to take the title. The match was tied at 21 all, but a three attack errors and an Aaron Boettcher kill propelled the Spartans to their second consecutive title.

For the Spartans, Scheerhoorn put down a match-best 22 kills on a .442 hitting percentage. Eric Loeppky added another 12 kills, four service aces, six digs and seven blocks for the team while Sclater slammed down 12 kills, eight digs and five blocks. Defensively, Boettcher was unstoppable, blocking a match-best 14 balls.