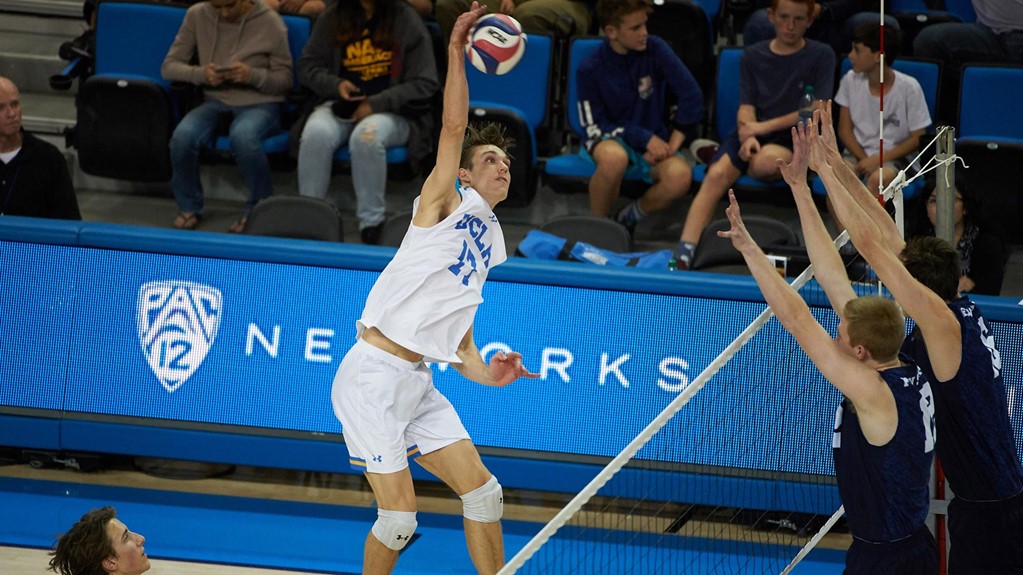 In last night’s clash between #2 UCLA and #1 Long Beach State, the Bruins were without their 6’5″ senior opposite Christian Hessenauer in the match. The reasoning is currently undisclosed, although the match broadcast stated it was some sort of injury, and that HIPAA prevented the type of injury from going public.

The Bruins went on to lose the match with Long Beach State in four sets – a repeat of what happened on the road on Saturday. Hessenauer posted 11 kills, seven digs and four aces in the first meeting before obviously not appearing last night.

The man who replaced Hessenauer in the lineup was Grant Maleski, a 6’9″ freshman opposite/outside hitter. He had only appeared in two sets prior to the match – logging one kill on his only swing against Concordia Irvine – but impressed at times against the 49ers with 13 kills (.182), three digs and two blocks.

UCLA is currently 14-3 after last night’s loss and sit unbeaten at 3-0 in MPSF action. Their next match comes on Friday as they’ll be on the road against league foe and 11th-ranked Pepperdine.