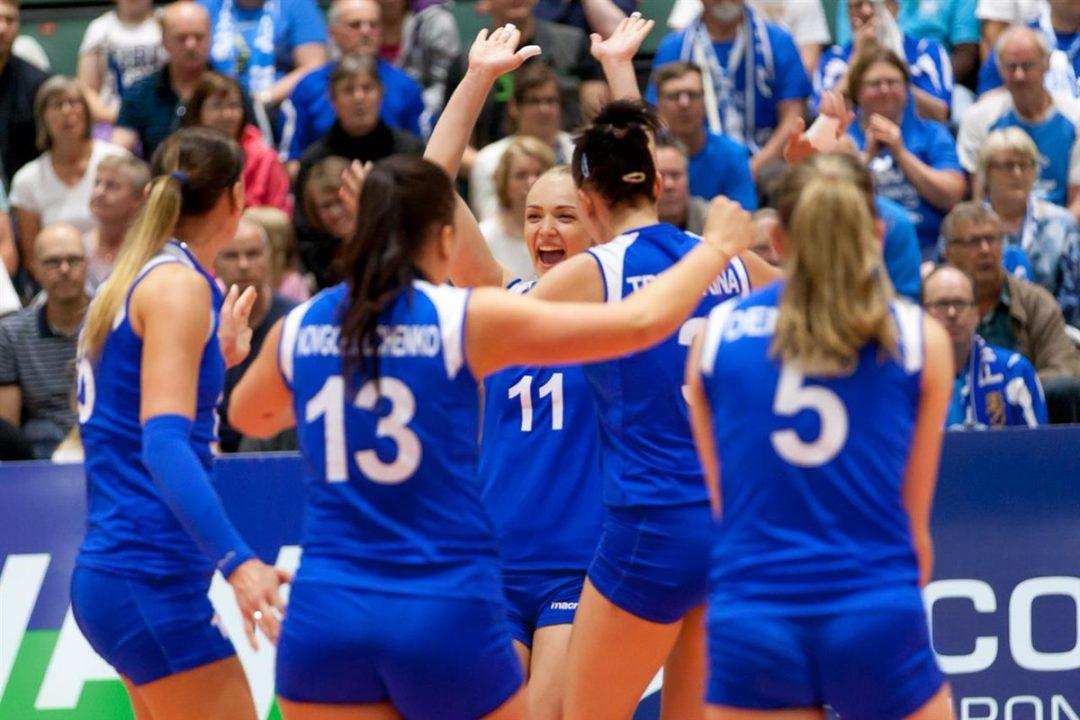 This summer, the CEV has announced new rankings for indoor volleyball, with the men’s coming back at the beginning of... Current Photo via CEV

This summer, the CEV has announced new rankings for indoor volleyball, with the men’s coming back at the beginning of July and the women’s more recently in August.

Holding strong at the #1 slot for the men are France, with Russia climbing up one spot to #2 over Serbia. Italy has had a small setback after dropping two spots to #4. The top three of the women’s have stayed fairly similar in that Russia, Serbia and Italy still hold their spots. Germany suffered a slight setback to #4.

On the rise for both the men and women in the CEV is the Ukraine, as they are climbing the rankings rapidly this year. On the women’s side, they just increased five positions to #14 while on the men’s side they are up seven slots to #17. Also making a big leap in the rankings is Finland, improving four positions to #20 on the women’s side and Sweeden moving up to #24 from #27 on the men’s side.