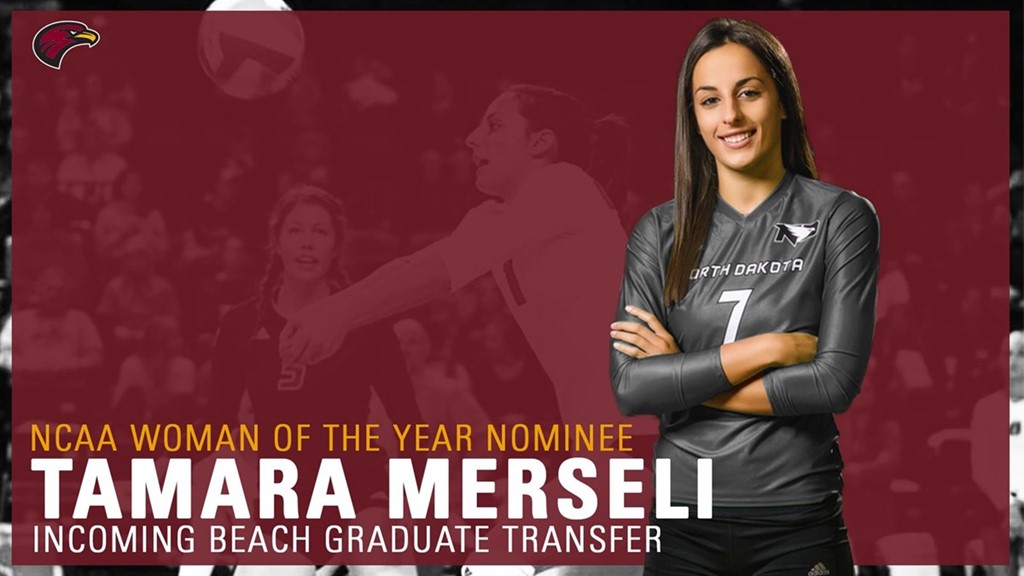 UL Monroe Beach has made the addition of former North Dakota OH Tamara Merseli as a grad transfer for 2019. Archive Photo via UL Monroe Athletics/Beach Volleyball

The University of Louisiana Monroe (UL Monroe) beach volleyball team has added grad transfer Tamara Merseli out of North Dakota. Merseli will have one year left of play with her lone season coming in the spring of 2019.

Additionally, Merseli was a member of the First Team All-Big Sky in 2016 as well as the league’s newcomer of the year.

A native of Belgrade, Serbia, Merseli initially attended Indian Hills Community College for two seasons and was all-conference both years. She was also All-America honorable mention as a freshman and on the second team as a sophomore when she notched 460 kills and 328 digs.

“Tamara is a great addition to our beach program,” UL Monroe head beach volleyball coach Russ Friedland said in the team’s release of the transfer. “She’s had a lot of success in her indoor career and we are excited to add her depth of knowledge to the program and see what she can do on the beach. Her skills will transfer over well and we are excited to have her on board and get started.”