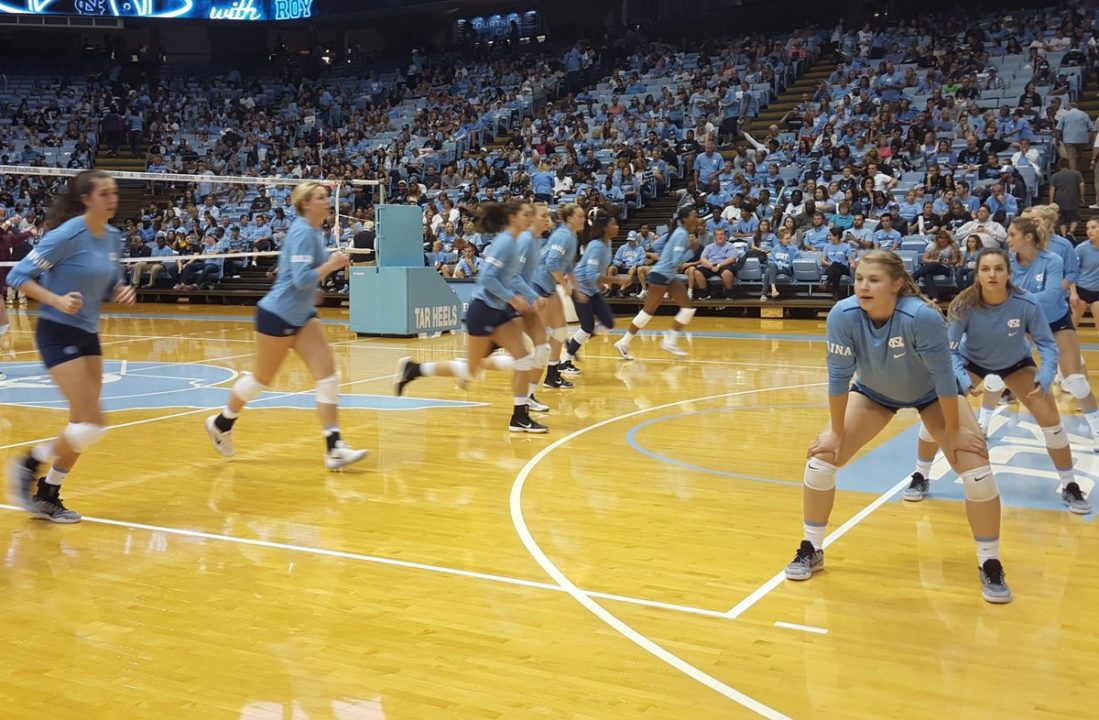 Last month, the North Carolina Tar Heels broke an NCAA record with a massive crowd of 19,246 fans. The attendance to the team’s four-set win over Virginia Tech was the highest-attended NCAA volleyball match in history, including postseason play.

For the year, UNC lost just one match at home and brought in a total of 40,226 fans along the way to a 14-1 home record. The team’s record-breaking attendance match accounted for nearly half of their overall attendance on the season. The Tar Heels averaged 2,682 fans per match, with that number being bolstered by the 19,246 fan crowd.

Without the strong attendance against Virginia Tech, the Tar Heels would have brought in an average of 1,499 fans on the year.

Prior to the Virginia Tech match, 11,716 fans attended the seven matches for an average of 1,673 fans in attendance. The final six matches brought in an additional 9,264 fans for an average of 1,544 fans. With one less match following the Virginia Tech match, the average attendance dropped slightly but brought in at least 900 fans to each of the matches.

The Tar Heels were on a small upswing to bring in more fans post record-breaking match, though a number of the fans came for to see the 2017 NCAA Men’s Basketball Championship banner being hung in Dean Smith Center along with a Late Night with Roy even hosted by the men’s basketball coach Roy Willams.

The lack of staying power could be alluded to a struggle of a year for the Tar Heels who finished 14-14 on the season. This subsequently left UNC out of both the NCAA Tournament and the NIVC. The disappointing season follows a 29-4 record from 2016 and making it to the regional rounds of the NCAA Tournament before losing to UCLA. Though, again, despite the overall down year for the program, they managed to deliver for their home crowd with a 14-1 home record.