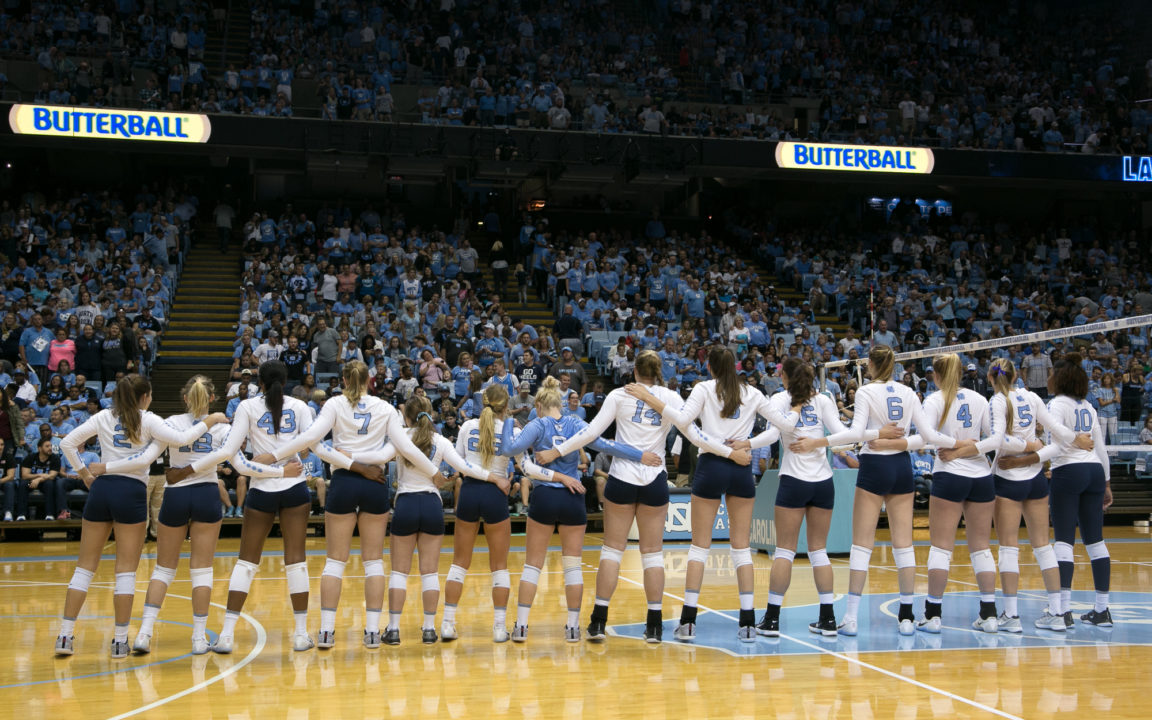 The North Carolina Tar Heels, who don’t charge admission for their home volleyball games, broke an NCAA Record on Friday night by drawing an official attendance of 19,246 fans. That makes Friday’s game the highest-attended NCAA volleyball match in history – post-season or otherwise.

That included on Friday night, where they drew a record-setting crowd. After the match, the 2017 NCAA Men’s Basketball Championship banner was hung in a historic night for the UNC faithful. The game was part of the Late Night with Roy event, hosted by men’s basketball coach Roy Williams.

How many Final Four MVPs have you seen as a ball boy for their volleyball team? #GoHeels pic.twitter.com/Zls68EqmVO

This isn’t the first time the Tarheels have made a big splash in the Dean Dome – they also drew an NCAA record crowd in 2003, for the first edition of Late Night with Roy. The event has included a volleyball game 7 times since, drawn a crowd of 7,000+ fans each of those times, and has resulted in a Tarheel win in every one of those matches.

For reference, the 19,246 fans would’ve been effectively a sellout at last year’s NCAA Championship match in Columbus, Ohio (an NHL arena).

The previous record for a non-NCAA tournament game was 15,946 fans for the 2013 edition of this event, where UNC beat Maryland; and the previous overall record was 17,561 fans when Nebraska beat Texas for the 2015 NCAA title in Omaha – essentially a home crowd for a volleyball-mad fan base.

Prior to Friday’s game, UNC ranked 27th nationally with an average home attendance of 1,674. The 19k+ fans on Friday is more than they’d had in the previous 7 home games this season combined (11,716). Nebraska, the national leaders, are averaging 8,200+ fans this season. Factoring in Friday’s crowd should vault the Tarheels into 5th nationally in average home attendance.