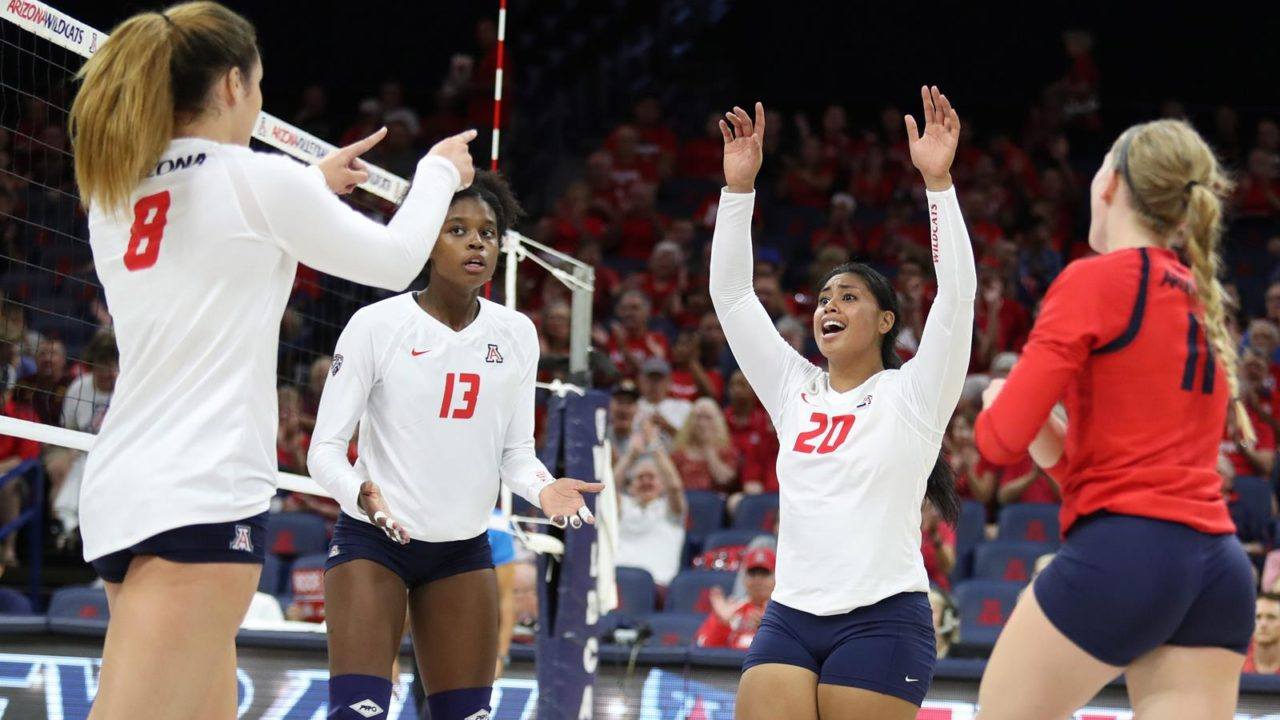 The last week of college volleyball has seen #1 go down twice, and teams that beat #1 go down at the hands of lower-ranked teams, and a week of upsets continued on Friday in Southern California when the unranked Arizona Wildcats beat the #22 USC Trojans in straight-sets.

USC entered the game with a 3-match winning streak, and had beaten the Wildcats in four-straight games. Meanwhile, Arizona had never won in the Galen Center since it opened in 2006, meaning all signs pointed to a Trojan victory.

But that’s not how events played out, thanks in large part by the return to the court of Kendra Dahlke and Kalei Mau, who have both missed parts of the last few weeks with injury.

“Solid match for us,” said Arizona head coach Dave Rubio. “We were good in all aspects. We served well and our offense was good. Our pin hitters did a nice job tonight.”

Friday is just the 4th time in 17 games this season that Arizona’s top three scorers, Dahlke, Mau, and Katarina Pilepic, have all completed a match together healthy, and that led to an offensive explosion where the Cats hit .356, their highest hitting percentage in a Pac-12 game in program history.

The two returning players showed how much of an impact they can have on this team by leading scoring on the day, though each had to shake off a little rust early in the match:

Arizona was down 7-2 early in the first set, but coming out of an early timeout, the Wildcats fought back to tie the match at 10-10.

But the big three, Pilepic, Mau, and Dahlke, got hot late and each had a kill in Arizona’s final 5 points of the set.

The last two sets were much more balanced from the get-go, but late momentum again by Dahlke in set 2 and set 3 again carried the day.

USC hit just .255 on the day, and didn’t block much either, as evidenced by Arizona’s big percentage, but Taylor Whittingham did have a big day in the back-court, recording 14 digs. That moves her to 6th-place on USC’s all-time career digs list.

Niki Withers led hitting for the women of Troy, with 13 kills on 22 swings for a .409 hitting percentage. USC’s top two (Brittany Abercrombie – 8 kills, .538 hitting) played very well, but the rest of the offense struggled. While USC’s overall hitting average was solid, outside of Withers and Abercrombie, they hit for just .149 on the day.