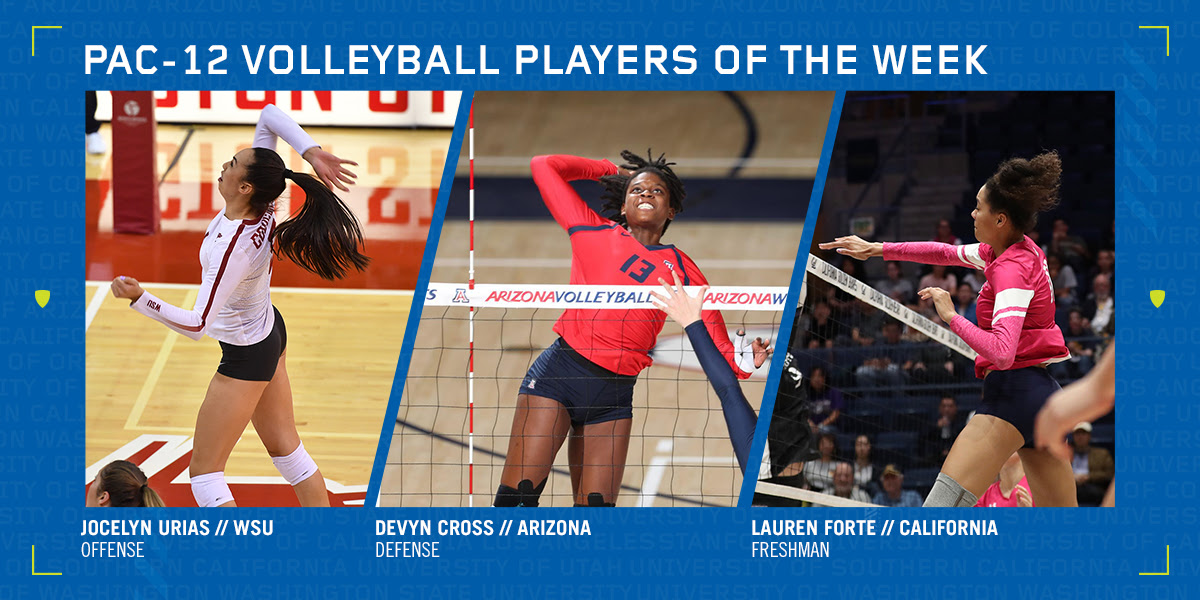 🏐 Congratulations to @29413Urias on being named the @pac12 Offensive Player of the Week!!

For the first time in her career, Devyn Cross is the @pac12 Defensive Player of the Week!

Lauren Forte, RS FR, CAL (Tempe, Ariz.)
2.17 KPS, .500 Pct., 1.5 BPS
• Recorded a .500 attack percentage with just three errors and nine total blocks in a road loss to No. 16 Oregon (3-0) and a road sweep of Oregon State.
• Posted a .364 hitting percentage and collected six kills in the loss to a ranked Ducks squad.
• Recorded a match-high .667 hitting percentage with just one error, and contributed six total blocks in the sweep of the Beavers.
• Earns her first weekly freshman honor and the sixth weekly freshman honor for the Bears.

Congrats to @laaurenn_8 on being named @pac12 Freshman of the Week!