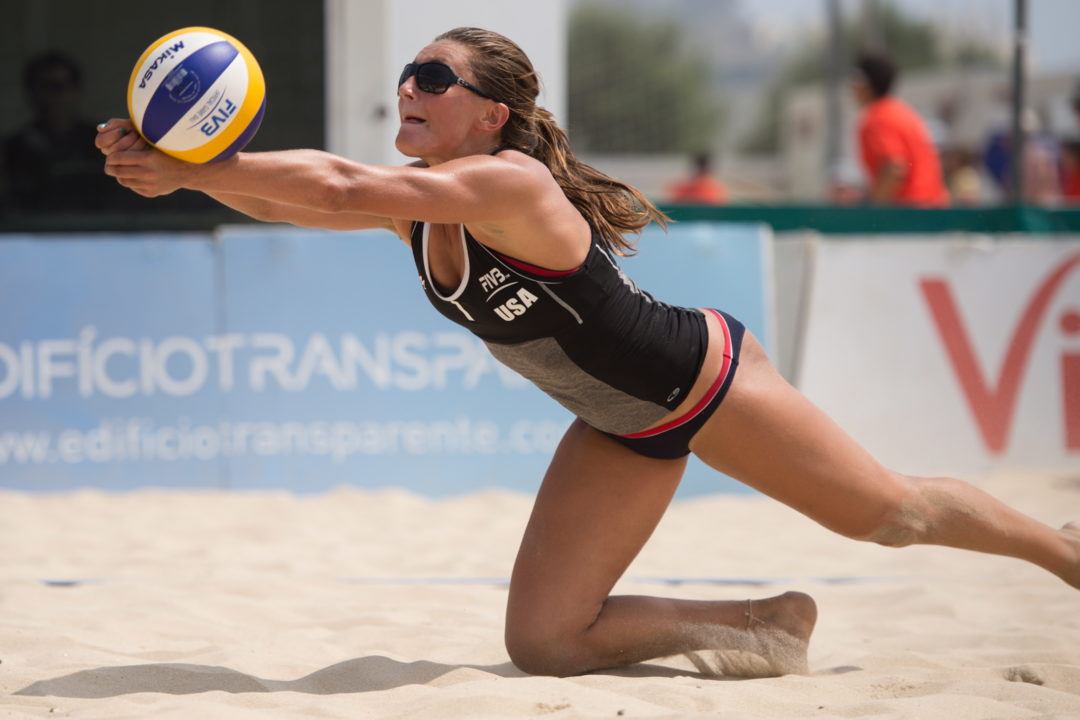 USA Volleyball has announced the competitors of the double-gendered Collegiate Beach Championships that will take place on Hermosa Beach Pier... Current Photo via Conny Kurth / 2013 FIVB

USA Volleyball has announced the competitors of the double-gendered Collegiate Beach Championships that will take place on Hermosa Beach Pier in California from May 11-13.

There are 24 women’s teams and extended men’s bracket that moved from eight original spots open to 12. The competition serves as the Team USA Trials, with the winner to earn a spot on the USAV collegiate beach national team.

Pepperdine and USC hold four pairs on the women’s side, with four other schools having two duos in the competition. The men’s side has partnerships with the same universities but with slight mix ups, combining teams from other schools. UC Irvine hosts the most competitors with five. USC’s Lucas Yoder will pair up with UC Irvine’s Michael Saeta, Palomar College’s Tyler Hedley will compete with Long Beach State’s Vincent Pizzuti and Davenport’s Nathan Vander Meer will take up with Cincinnati Christian’s Logan Webber.

USC’s top women’s pair of Kelly Claes and Sara Hughes will compete in the competition, along with the only pair to take them down in the past two years, St. Mary’s Lindsey Knudsen and Payton Rund.

Seeding and pool play will be decided on May 10 following the player’s preliminary inquiry and technical meeting. Participants in the competition are limited to U.S. citizens, but with no limit to how many pairs could be selected from each school.

The event is the first of the Team USA Summer Champions Series.

Below are the pairs for the USA Collegiate Beach Championships.