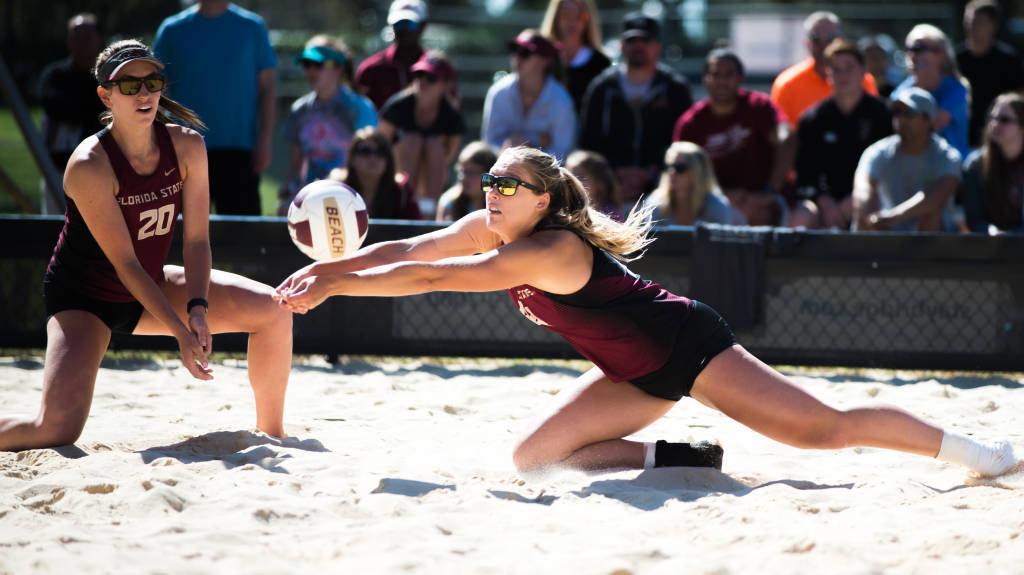 With success around the 2016 Rio Olympics, USA Volleyball wants to keep the momentum rolling by hosting a collegiate pairs... Current Photo via Florida State Athletics

With success around the 2016 Rio Olympics, USA Volleyball wants to keep the momentum rolling by hosting a collegiate pairs championship in May of 2017.

The championships will be held as a part of the Team USA Summer Champions Series, presented by Comcast. The competition will be held from May 11-13 in Hermosa Beach, California. The field of competitors will include 24 women’s pairs and eight men’s pairs. The duos will be competing for the competitions title, which will ultimately earn them a spot on the USA Volleyball Collegiate Beach National Team.

“USA Volleyball is delighted to be a part of Team USA’s 2017 Summer Champions Series,” said Jamie Davis, USA Volleyball‘s Cheif Executive Officer. “This collegiate tournament aligns with our strategic direction of increasing participation at all levels and we believe the partnership with NBC Sports Network will invite new boys and girls to join us on the beach.”

The women’s finals will be aired live on NBCSN on May 13 from 6-7:30 PM ET, with a taped delayed men’s final airing directly afterwards.

Men’s and Women’s pool play will take place on Thursday, concluding on Friday morning. From there a single-elimination tournament will commence from Friday into Saturday’s broadcast finals.

The eight schools that qualify for the NCAA Beach Volleyball Championships will each earn one automatic bid for their top team, subject to the committee’s approval. All remaining men’s and women’s teams will be selected by the selection committee based on merit from the 2017 season and USAV Beach Rankings. There can be up to two women’s wild card pairs – any unused wild cards will be decided by the selection committee.

There are a total of four sports that are being presented by Comcast in the 2017 Team USA Summer of Champions Series – diving, swimming and track and field. All of the events will be broadcast on NBCUniversal throughout the summer.

The events are seen as a preview into the young and developing USA National Team leading into the 2020 Tokyo Olympics. These events are a way to follow their up and coming successes.

Admission to the collegiate pairs tournament on Hermosa Beach will be free of charge and open to the public.