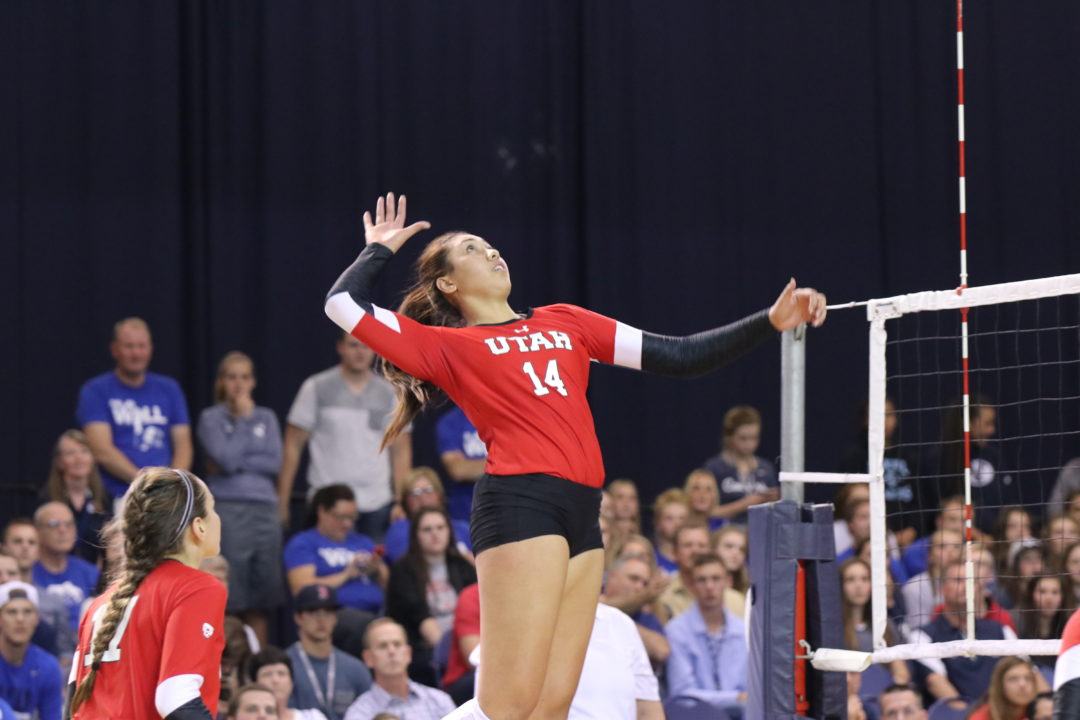 After helping her team to a 3-0 weekend, Utah's Adora Anae earns VolleyMob Player of the Week honors. Current Photo via Utah Athletics

After helping her team to a 3-0 weekend, Utah’s Adora Anae earns VolleyMob Player of the Week honors. During the second week of play, Anae posted 44 kills for an average of 4.40 kills per set on a .241 hitting clip. In addition, Anae added three assists, two aces, 32 digs and six blocks to her tally.

The Utes began their weekend with South Dakota, running through them in straight sets, with Anae posting 12 kills on a .360 hitting percentage, one ace, seven digs and two block assists. In total, she scored 14 points in the win. Against Western Carolina, Anae posted 13 kills on a .235 hitting percentage, one assist, one ace, nine blocks and one block for a total of 14.5 points.

Anae helped the Utes to their first ever win over Hawaii with a double-double of 19 kills and 16 digs. She also added two assists and three blocks for 20.5 points scored in the match.