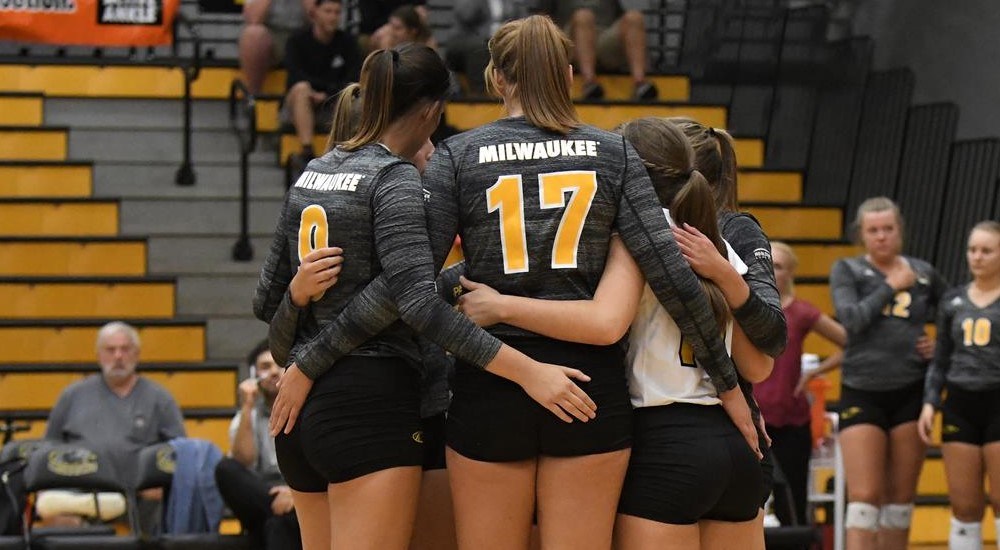 A pair of transfers are joining the UW-Milwaukee women's volleyball roster for 2018. Archive Photo via UW Milwaukee Volleyball/Athletics

The University of Milwaukee-Wisconsin women’s volleyball program is bringing on a pair of transfer additions for 2018 in the form of outside hitters Allison Grzebien from Memphis and Shari Volpis out of Pierce Junior College.

Coming out of Memphis is Grzebien, a 6’2″ pin who will be a junior with immediate eligibility. Over the course of her two years with the Tigers she appeared in 17 matches and notched 16 kills, 14 digs and 14 blocks. Prior to that stint she prepped at Maine West High School in Des Plaines, Illinois and was all-conference and all-area her final three seasons with the school.

“Allison has been a nice addition to our squad this spring,” UW Milwaukee head coach Susie Johnson said in the team’s release of the transfer. “She has a wonderful and hard workmanship about her. She comes to us with Division-I experience and has a lot of maturity. She will be a great team player for this program.”

A 5’11” pin, Volpis will be a redshirt junior this fall and is immediately eligible as well. Volpis broke out as a freshman at Pierce College with 190 kills for a 34-6 team, but then missed 2016 due to injury and took a redshirt. 2017 was even stronger though as Volpis was named the Western State Conference East Division Player of the Year when she recorded 330 kills and 111 digs.

“Shari brings a lot of experience to us as an outside hitter,” Johnson added in the release of her signing. “She has a lot of game experience and using that here will certainly help. She has a very fast arm and fast feet, which will add to our quick offense. Shari is also very competitive and a natural leader.”

The combination of incoming transfers gives the team seven players who can fill the outside hitter position on their 2018 roster.

UW Milwaukee is coming off of a 12-18 season and a 5-11 record in the Horizon League. The 2018 season for the Panthers starts up on August 24 against New Hampshire and South Dakota.