VakifBank Posts Convincing Win To Begin Round 3 Of Champions League 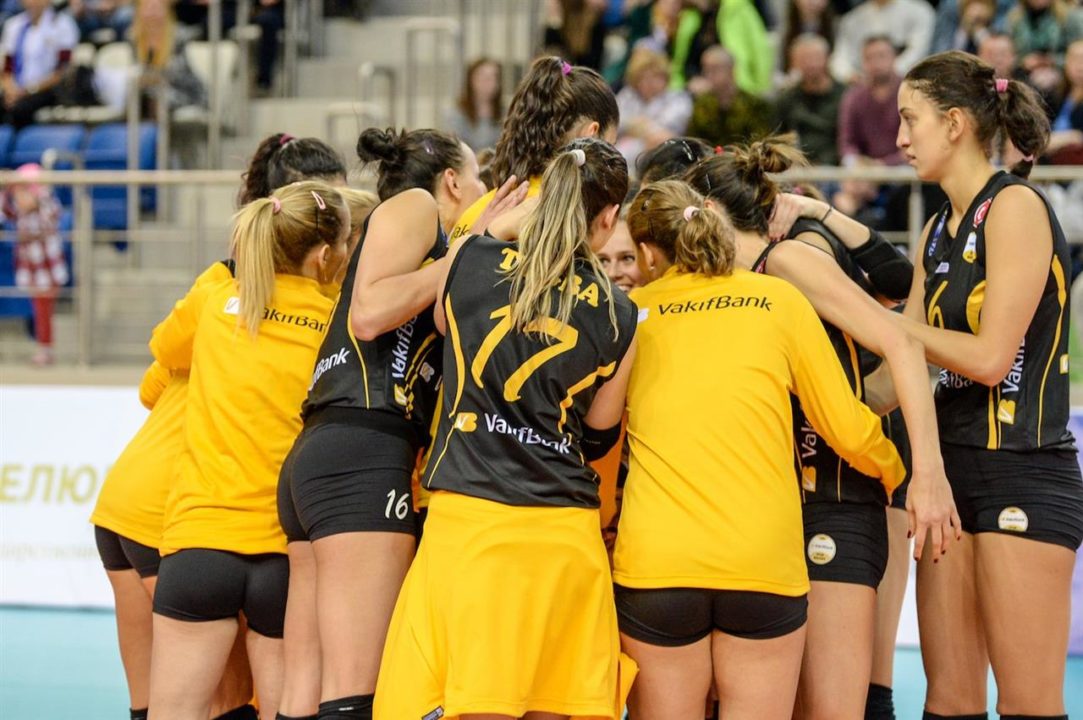 The third round home matches of the 2018 CEV Champions League finished with the top teams coming out alive. Current Photo via CEV

The third round home matches of the 2018 CEV Champions League finished with the top teams coming out alive. Each of the teams will face each other once again but the teams that hosted in the first round will be on the road for the next set of matches.

The next round of matches will be played on November 11.

VakifBank Istanbul took down Minchanka Minsk in straight sets in front of a crowd of 1,500 fans. Zhu Ting led the way with 18 points with 16 being kills. Lonneke Sloetjes added another 13 points while Milena Rasic recorded 12.

VakifBank’s captain, Gozde Kirdar said, “Minchanka MINSK have a good team, and their block is especially outstanding. We fought and we eventually won 3-0 – which is a good advantage we can capitalize on at the next game in Turkey.”

Yenisei Krasnoyarsk made a tremendous 0-2 deficit comeback over Maritza Plovdiv in a gritty five-set battle. Mariia Frolova led the comeback with a match-best 22 points while Natalia Malykh added another 17 in the win.

Jelena Blagojevic posted 22 points in the win along with Monika Ptak‘s 13. Though they lost, Iza Mlakra posted a match-best 21 points in Nova KBM’s loss.

Anna Nicoletti was the leader in Imoco’s three-set sweep over Sliedrecht with 12 points while Kim Hill added another 11 points.