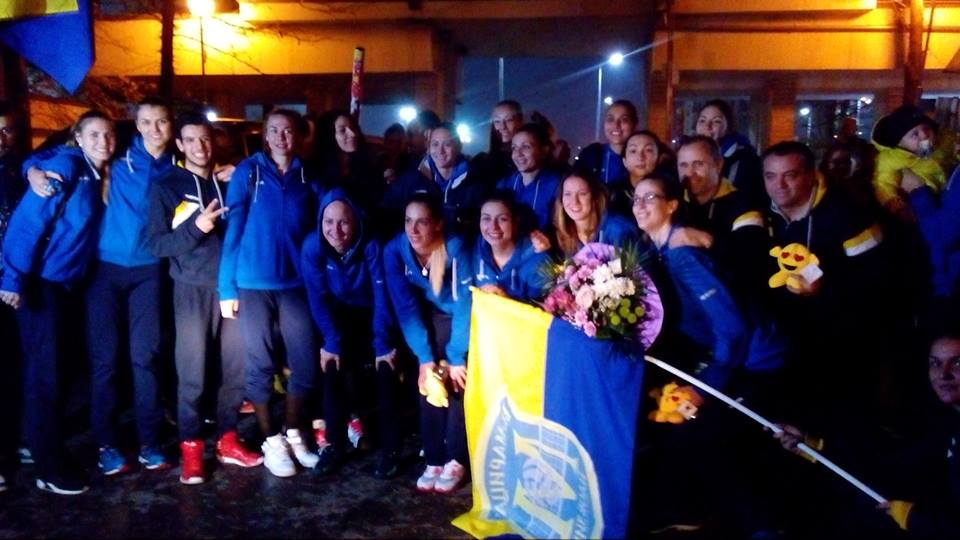 Maritza and VC Yenisey went head to head in the third round of the CEV European Champions League in order to determine who would go on to the final round of the competition. Maritza started its clash  at home, surrendering a came from behind win to the 2017 Russian national league’s bronze medalists after being up 2-0. It then traveled to Russia for the second leg of the match-up. It refused to surrender even after being down 2-0, saving two match points in the fourth set, and going on to win the golden set, becoming the first Bulgarian team in Women’s Champion League history to make it to the final round of the competition.

Appreciative of the team’s efforts, hundreds of fans crowded at the club to await for the team’s return and celebrate one of the biggest comebacks in Champions League history, per CEV.com. There were hugs, smiles, and crying when the players finally made it to the fans:

“There are no invincible opponents or unconquerable goals. It all depends on how much you desire to win and how persistent you are in chasing your dream.” – Nasya Dimitrova, Maritza’s top scorer in the game.

One of the most emotional moments of the welcoming was a congratulatory poem read by an 11 year old girl, who is a player in Maritza’s youth club:

I admire you – that’s what I can say .
during these verses I want to show you.
Every time you get out on the pitch
ready to play , the audience is charmed,
with your skills, you are stunning.

Their hearts are with you,
they feel they will fly a bit longer.
Honestly I tell you, I dream
of some day playing next to you.
I hope this happens
as I continue to learn volleyball.
This sport gives us so much emotion
and the whole city is proud of you!

However, Maritza’s joy was Alexander Koshkin, Yenisey’s coach, sadness, as after his team’s unbelievable loss, he was fired from the head coach position, per sportal.bg.