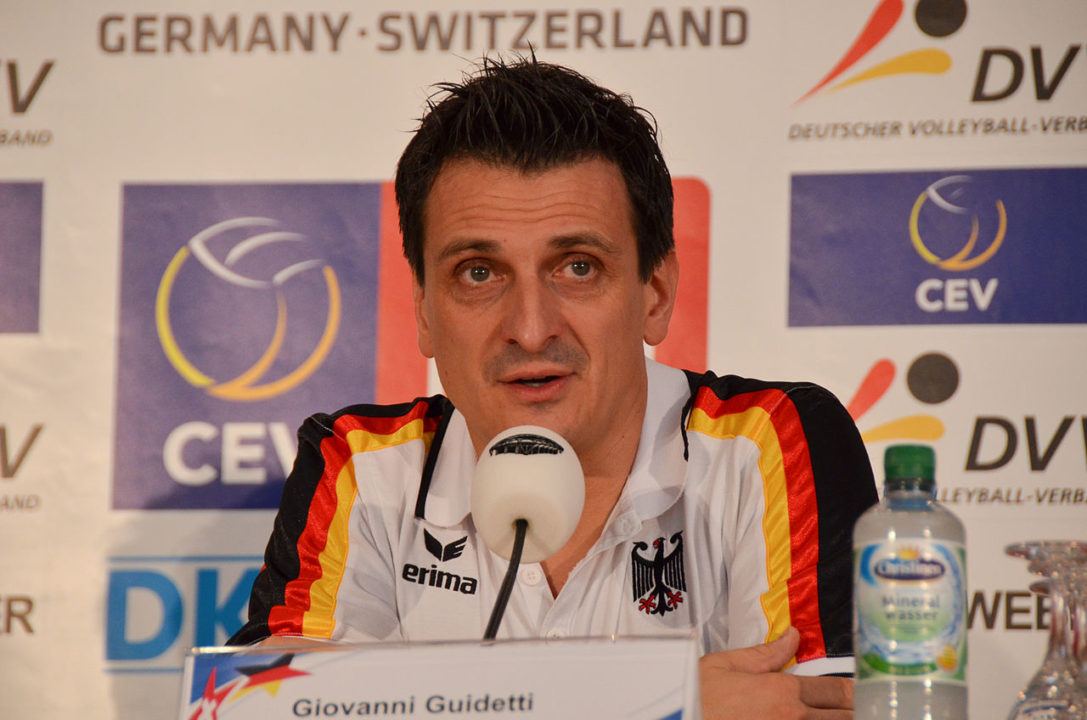 Italian Giovanni Giudetti, a former coach of the German Women's National Team, has been appointed to take over the Turkish team. Current Photo via Olaf Kosinsky/Wikipedia

Giovanni Giudetti has been named the new head coach of the Turkish women’s volleyball team and Joshko Milenoski the new head of the men’s team. The two new appointments come as the Turkish Volleyball Federation is under new management in the new year.

The new coaches were announced in a press conference earlier this month.

“After we were elected at the Ordinary General Assembly held on November 21, 2016 with our friends on the Board of Directors, we started to make a quick plan,” the federation chief Mehmet Akif Ustundag said. “One of our most important agenda items was related to the appointment of National Team coaches.

Because the tenure of our coaches for both the Women’s and Men’s National Teams have come to an end, we quickly conducted a search and made a deal with the proven names. Today we are very happy with the signing of the contracts by Giovanni Guidetti and Joshko Milenkoski. We are confident that both coaches will be successful. I think we will be successful in the Olympic Games, World Championships and European Championships. Because they both know Turkey and Turkish Volleyball. I wish both coaches to succeed. We expect the support of the volleyball community in this process.”

The women’s team is currently ranked 12th in the world, though they missed qualifying for last summer’s Olympic Games. They did finish 4th with an overall 4-2 record at the most recent European Championships in 2015 under former head coach Ferhat Akbas, who led the team to their first-ever Olympic appearance in 2012.

The men’s team currently holds the 24th spot in the FIVB World Rankings, having placed 16th at the 2016 FIVB World League. While they missed qualification for the 2015 European Championships, after having played  in the prior four events, the country is already qualified for the 2017 event.

“In the coming period, both coaches will add Turkish coaches to their staffs. In this respect, we will ensure that young Turkish coaches work with the best. In addition, both Guidetti and Milenkoski will be responsible for all infrastructure work.

“I would like to thank Vakıfbank Sports Club and Maliye Piyango Spor Kulübü’ne, our coaches’ clubs, for their support in the Board of Directors and Özkan Mutlugil, the President of the Turkish Volleyball Federation, for their services today. ”

As Turkey looks to build teams that can contend for spots at the Olympics, they’ll have the foundation of one of the world’s top domestic leagues to build upon. On the women’s side, that includes Guidetti’s Vakifbank club that took 3rd at the 2016 FIVB Club Women’s World Championship, as well as Eczacibasi VitrA, that won the tournament.

On Guidetti’s club, he coaches a roster that has 10 Turkish players among its 14 members, including 4 members of the Turkish Women’s National Team. They are coupled with some of the world’s best players, including Milena Rasic of Serbia, Kim Hill of the United States, and Zhu Ting of China, the Rio MVP, who was signed last off-season to a contract worth in excess of $1 million.

Giudetti has served as head coaches of both the German and Dutch National Teams, including winning the 2013 European League with Germany and taking silver medals at both the 2011 and 2013 European Championships.