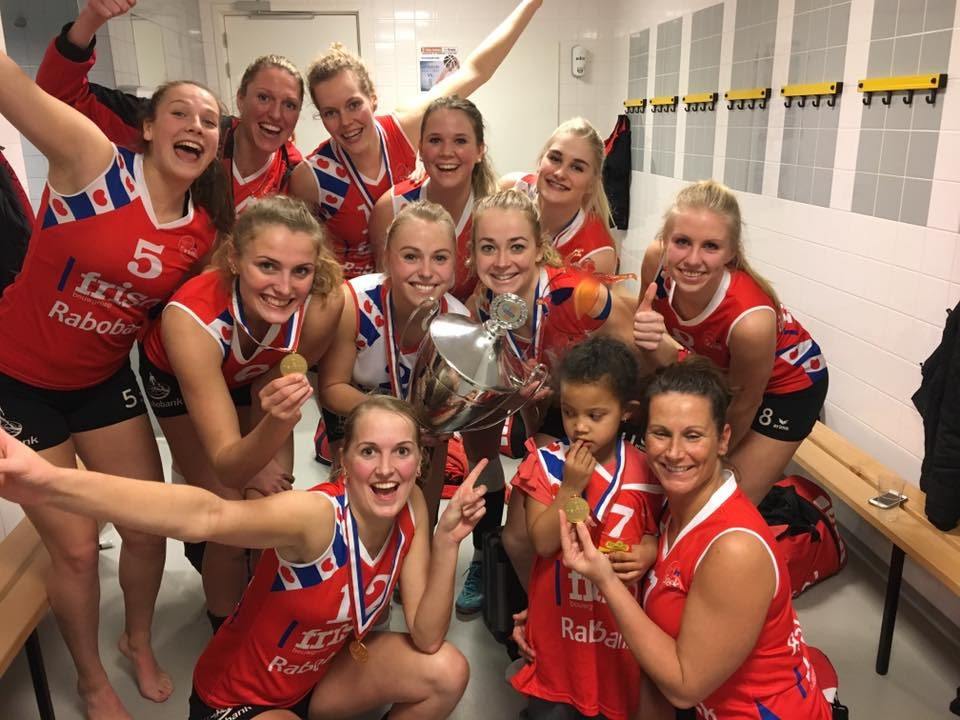 The Dutch Cup has concluded, crowning Seesing Personeel Orion (men) and Sneek (women) as champions of the 2016/2017 season. The... Current Photo via VC Sneek Facebook Page

The Dutch Cup has concluded, crowning Seesing Personeel Orion (men) and Sneek (women) as champions of the 2016/2017 season. The competition that was held in Zwolle was completely sold out weeks before it began.

With much of the country against Orion – 82 percent thinking Dynamo would prevail – they had a chip on their shoulders from the start of the match. The first two sets of the match were tough but Orion came out on top to take the 2-0 lead in the match. Dynamo showed some dominance coming into the third, making it a 2-1 match with a 25-19 third set win. Orion didn’t give up, coming out strong to finish the match 25-20, taking home the Dutch Cup title.

In the match, Sneek put tremendous service pressure on Sliedrecht giving them runs throughout the match. The first set was a tough battle for each team, as they continually went back and forth on points late, ending with Sneek claiming the first set 30-28. The second set went by the way of Sliedrecht who tied up the match at 1-1. From there Sneek never gave up, dominating in the third 25-23 and holding on in the fourth 25-23 to win their seventh cup.