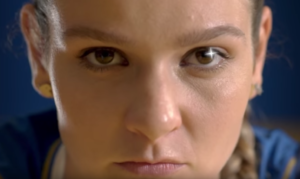 In addition to inducting its 15-member class of 2018 at its gala event last Sunday, May 6, the Southern California Indoor Volleyball Hall of Fame presented Byron Shewman with a Lifetime Service Award for the work he has done with Starlings, the volleyball/academic program he conceived to bring the sport of volleyball to girls from lower socioeconomic groups.

In the video below, produced for SwimSwam by Don Patterson, a member of the Board of Directors of Starlings, Shewman talks about the genesis of his organization. Concerned that “there wasn’t fair treatment in education, which included sports,” and that race and money were issues, too, he decided to do something to level the playing field. “If you weren’t white and didn’t have a lot of money in certain sports, you weren’t going to be included.”

Shewman chose volleyball, the sport he knew best, as his vehicle of change. As it happened, Olympian Kim Oden (who was inducted into the SCIVBHOF in its inaugural class of 2017), was retiring at about the same time Shewman was getting ready to launch. The two of them joined forces and began the first Starlings club in San Diego in 1986. Since then, thousands of girls have passed through the program.

Watch the interview with Byron Shewman: