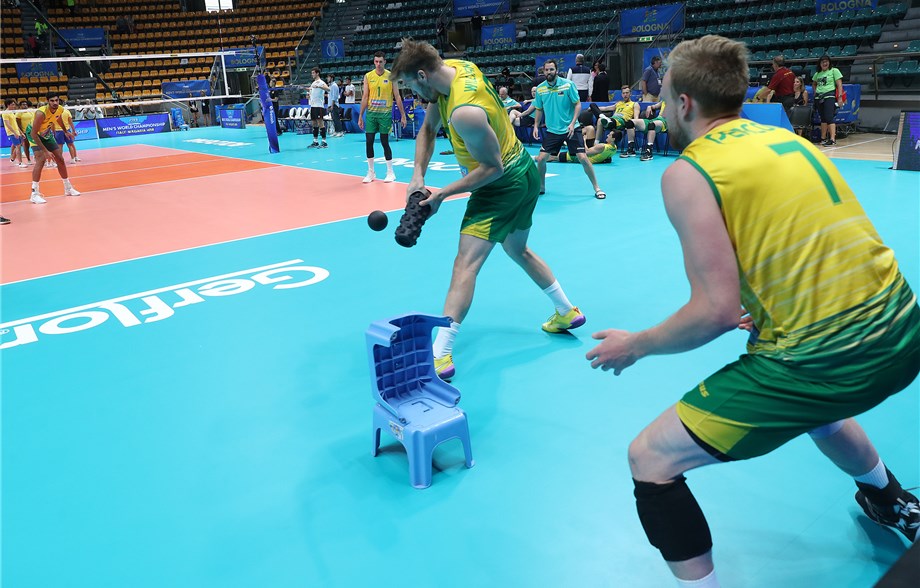 Bullpen dances and chants are a storied tradition of youth volleyball bullpens around the world. But, they’re not a tradition... Current

Bullpen dances and chants are a storied tradition of youth volleyball bullpens around the world. But, they’re not a tradition that is usually seen at the level of men’s international volleyball, where extreme on-court focus and intensity are the name-of-the-game.

Enter the Australian VolleyRoos, who decided to change that perception during their opening round of play in Bari, Italy during the 2018 FIVB Men’s Volleyball World Championships.

While the reserves were staying loose and warm during timeouts, they engaged the crowd in dance and cheer (a warmup is a warmup, right?)

Several of these displays were captured by the YouTube channel Crer Fipav – the regional Emilia Romagna committee of the Italian Volleyball Federation.

Australia would advance to the 2nd round with a 2-3 preliminary record, and would there be eliminated via an early 3-0 defeat to Brazil.