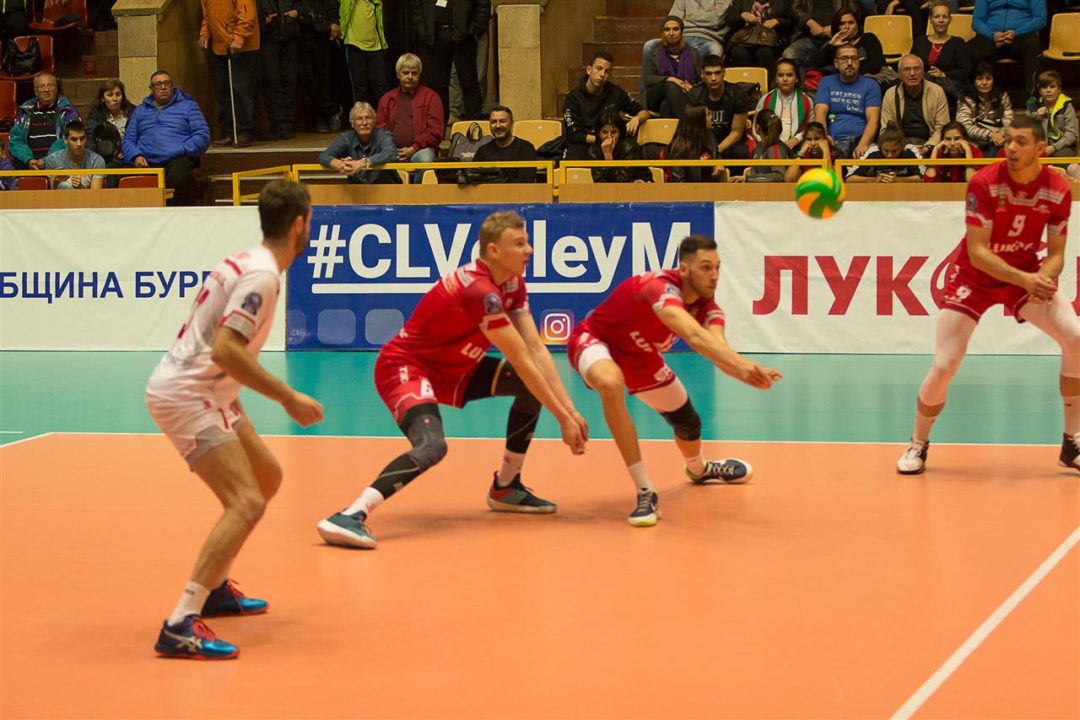 Neftohimic 2010 Burgas was on the cusp of securing a win at home in the opening leg of the 2nd Round of the Champions. With their backs against the wall, Vojvodina NS Seme Novi Sad clawed their way back into the match and got the win. After being down 0-2, Vojvodina earned the 2 points from the win in 5 sets. They also set themselves up nicely on the return leg at home in Serbia next week.

Dmytro Viietskyi and David Mehic both finished with 16 points for Vojvodina in a match where all 5 of their attacking players achieved double-digit points. While Viietskyi put away 13 kills, he also committed 10 errors in attack and only hit .091 (39%). He also contributed 3 service aces in the win. Mehic scored on 14 kills and 2 aces with a .333 (52%) hitting percentage.

Nikolay Kartov also put up 11 points, but from the middle blocker position. His points came on 7 kills, 3 blocks, an 1 ace. The other middle blocker, Iliya Petkov scored 8 points on 5 kills and 3 aces. Lubomir Agontsev set Neftohimic to a mere .214 (44%) in the defeat.