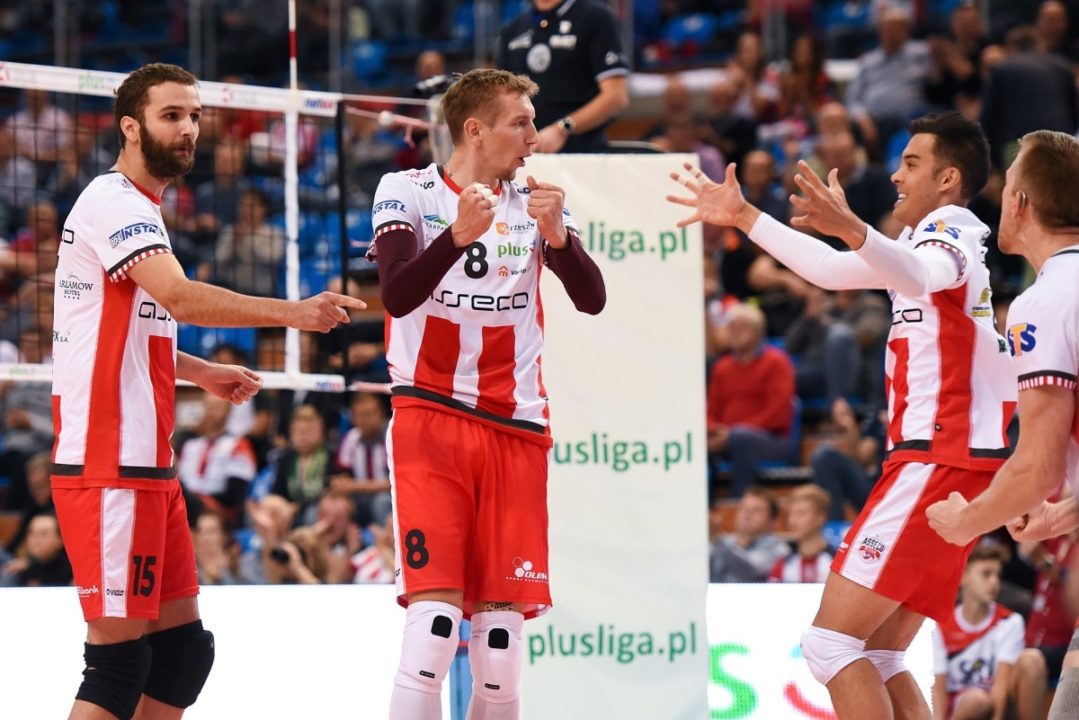 After finishing a disappointing 6th place last year, Asseco Resovia has started the season with a dismal 0-3 record.  Current Photo via Polish PlusLiga

Asseco Resovia has never had a worst start to the Polish PlusLiga season. The 3-time champions are 0-3 for the first time in the 14 years they have been a part of the PlusLiga. They have not only lost 3 consecutive matches, but their performances have gotten worse with each outing. Resovia opened the season with a 3-2 loss to Aluron Virtu Warta Zawiercie, a team in its 2nd year in Poland’s top league. That loss was followed with a 3-1 defeat to ONICO Warsaw, a team that is unbeaten thus far in the Polish season. On Monday, October 22nd they were swept by GKS Katowice.

This poor start has come after the club’s worst finish to the PlusLiga season since 2005. That was the year they entered the Polish PlusLiga, and they finished in 8th position. Last season they were only to muster up a 6th-place finish after the playoffs and classification matches. Resovia is a proud club which has won the PlusLia on 3 different occasions (2012, 2013, and 2015). They also won the silver medal at the 2015 CEV Champions League. Success is an expectation at Resovia, and the front office was not going to just accept such a mediocre finish.

They worked hard over the summer to reload their lineup. Mateusz Mika came back to the club after spending 6 years with Trefl Gdańsk. His teammate, Damian Schulz, came with him. This duo won the Polish Cup twice with Gdańsk. Mika won a championships with Resovia in 2012 and was the leading scorer in the finals of the 2014 FIVB World Championships. Rafał Buszek also returned to the club from ZAKSA. Buszek won titles with Resovia in 2013 and 2015, and he was a part of the team which won the silver medal in the Champions League.

In addition to bringing back former successful members of the team, they brought in new faces as well. They enlisted Kawika Shoji and Dave Smith. Both of these player have gold medals from the FIVB World Cup, bronze medals from the 2016 Olympic Games, and bronze medals from this summer’s FIVB World Championships. Resovia also signed Nicolas Szerszen and Rafael Redwitz from France. Szerszen was a former AVCA NCAA Player of the Year and NCAA Champion at Ohio State University. They also landed Luke Perry, a libero from Australia.

Despite the reinforcements brought it to ensure success, the team has not yet earned a victory. Their next chance to get their first win will come against Stocznia Szczecin. Their opponent only has 1 win so far, but their roster contains the FIVB World Championships MVP, Bartosz Kurek.