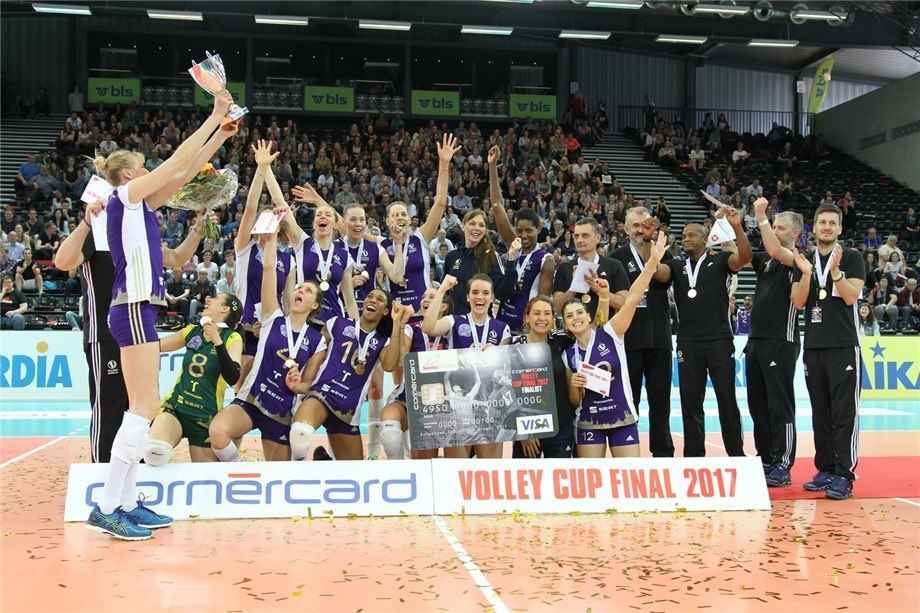 Volero has extended their domestic winning streak to 180 matches with the Swiss Cup victory.

At the beginning of the match, Volero got off to a rocky start but were able to pull it together to make a comeback in the first set. With Sm’Aesch ahead 14-13 in the first Volero went on an 11-5 run to end the first, carrying the momentum over the next two sets for the win.

USA’s Faluke Akinradewo received a Swiss Volley Indoor Award as the MVP for the season.

After the victory, there will not be much rest time for Volero as they head to Turkey in a rematch over VakifBank Istanbul. The competition could determine is VakifBank enters the semifinals of the European Champions League, as they are up 1-0 in the series after a crucial four-set victory on the road.

On top of the Swiss Cup, Volero has a shot at the Swiss Championship with the team set to face TS Volley Duedingen in the semifinals.