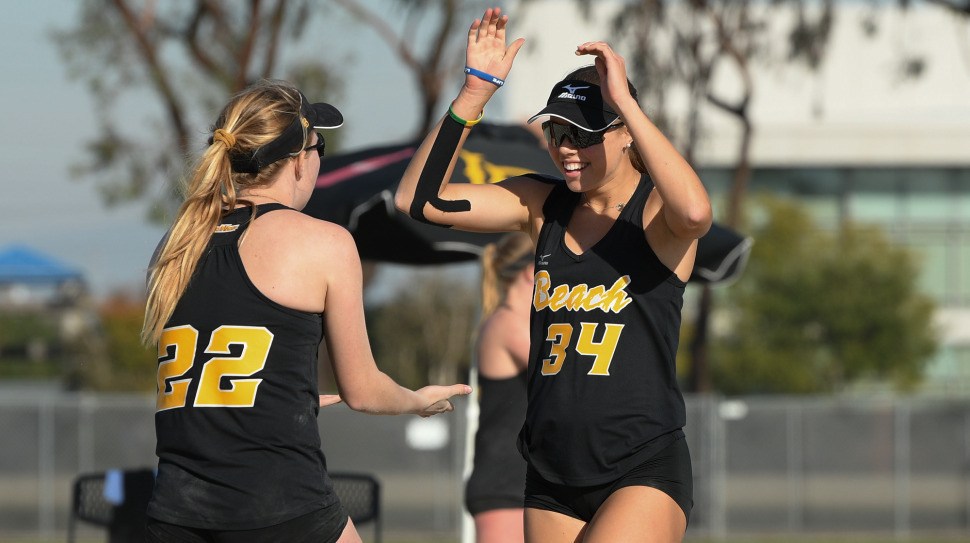 This week’s top-four remain the same, with Long Beach State cracking the top-five for the first time this season, taking the place of now-#6 Hawaii.

At the Big West Challenge, Long Beach State went 4-0 on the weekend, picking up a big win over Hawaii. At the #1 line for the Beach, Nele Barber and Rachel Nieto improved to 19-1 on the year – breaking two school records in the process: most wins at the #1 line and single-season wins at the #1 line. Nieto now has 50 collegiate beach volleyball victories.

Arizona State has been in a bit of a rut dropping their last five matches, three coming this weekend. Their first loss came to #3 UCLA 0-5, next Tulane 1-4 and finally FIU 1-4 at the Surf and Turf Invitational.