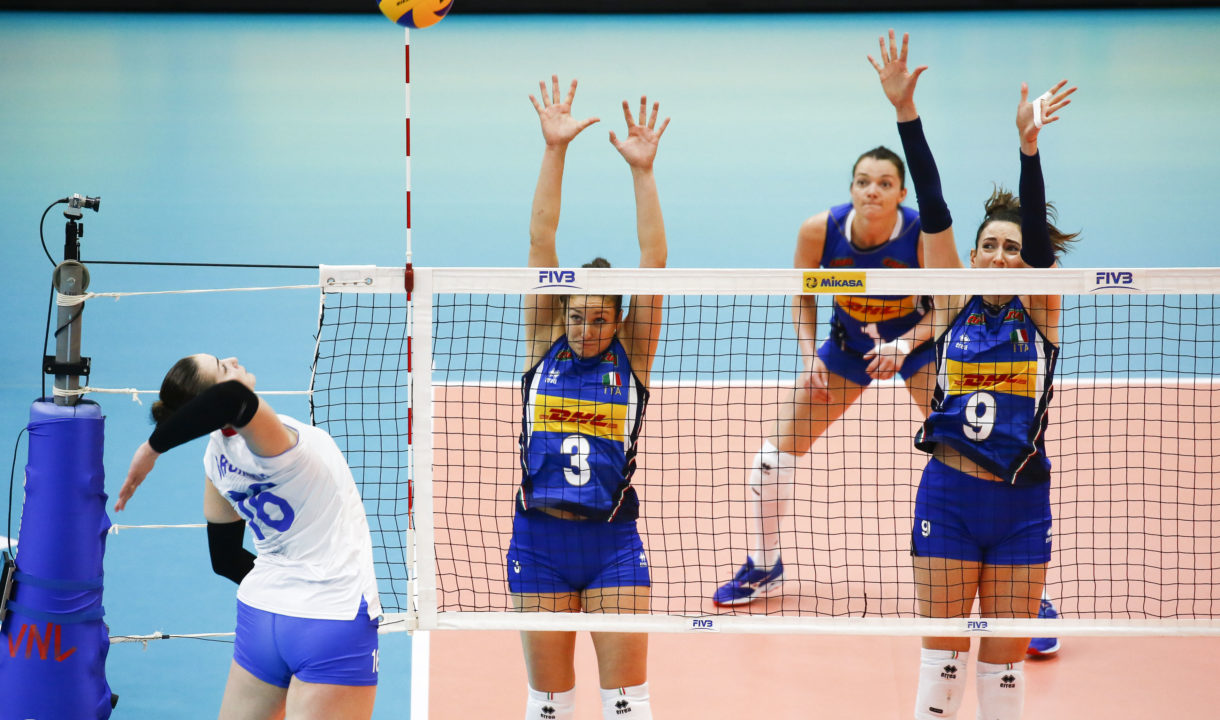 Italian side Volley Bergamo, members of the country’s top-tier women’s league Serie A, announced Matteo Bertini as the club’s new head coach on May 16th, and have already landed their first splashy transfer less than two-weeks later.

On Monday, the club made official the addition of Carlotta Cambi. Her addition is no coincidence – she spent last season with the side Pesaro, as did her coach Bertini, in the team’s first year back in Serie A1. Bertini led the team back to A1 in only 6 seasons, starting in B1 (the 3rd tier of Italian volleyball). The team finished 7th out of 12 in their first season in Serie A1 last year, thanks in large part to the setter Cambi (who turned 21 on Monday, the same day as the announcement of her signing).

“Bergamo is a historic and very important team in Italian volleyball,” Cambi said of her signing. “This certainly had a strong impact on what my decision. Plus it has a vision that does not stop at just one season but looks farther. And then in Bergamo I will meet Matteo Bertini after the year he spent with Pesaro and he also convinced me to join them. I felt accepted by the Bergamo family right away.”

Cambi is on the Italian National Team for the second-straight season this year, and has played mostly a reserve roll behind Ofelia Malinov  the player whose role she’ll take over in Bergamo (Malinov was the team’s setter last year, but transferred to Scandicci earlier this month).

Bergamo finished 10th in the league, matching 11th-place Lardini Filottrano with 19 points and a 7-15 win-loss record (but holding an edge on tie-breakers). That means they only had a better record tally than one team, SAB Volley Legnano, a team in tatters on 5 points of penalties and a revolving-door of players coming and going as a result of financial woes.