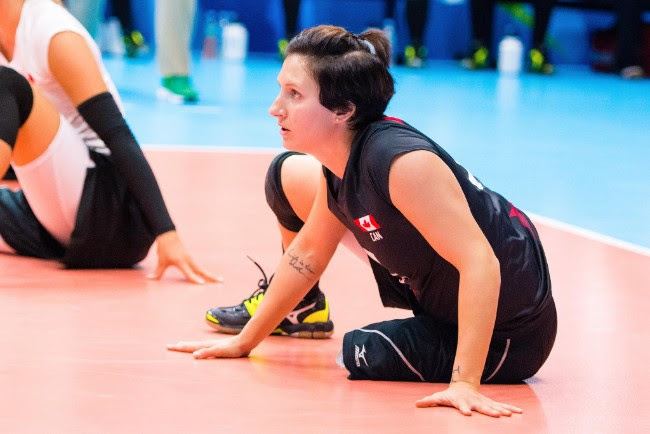 Volleyball Canada’s men’s and women’s sitting volleyball teams were recently selected with their sights set on upcoming competitions and qualifiers.

“It is exciting to see the growth of sitting volleyball in Canada with more athletes interested in the opportunity to compete on a national team program,” said Ian Halliday,Volleyball Canada’s high performance director for sitting volleyball.

The women are looking to build on their Paralympic experience last summer. “Having a roster of 15 athlete competing for 12 competition spots only makes the program stronger. The internal competition and battle for playing spots is really key in taking the next step with this program,” explained Halliday.

All athletes had been previously on the national team or identified by national team staff, and had been attending open training sessions with the team leading into selection camp. Prior to the Pan Am Championships in October, the women’s competition roster of 12 athletes will be selected by the coaching staff.

On the men’s side, 11 athletes were named to the national team with two development athletes identified to continue training with the team, but will not attend competition this year.

“The men’s team is in a bit of an accelerated rebuild after a transition in coaching staff and some veteran athletes retiring after the last quad, but that being said, I am really happy with how quickly they are progressing. With a younger core of athletes, they will be challenged to fill the gaps in leadership and experience but they are motivated under the direction of the new coaching staff,” said Halliday.

The teams will train throughout the summer in preparation for the 2017 Pan Am Zonal Championships being held October 24-30 in Montreal. This event is a 2018 World Championship qualifier with two berths available per gender.

Volleyball Canada’s national sitting program is based in Edmonton, Alberta.