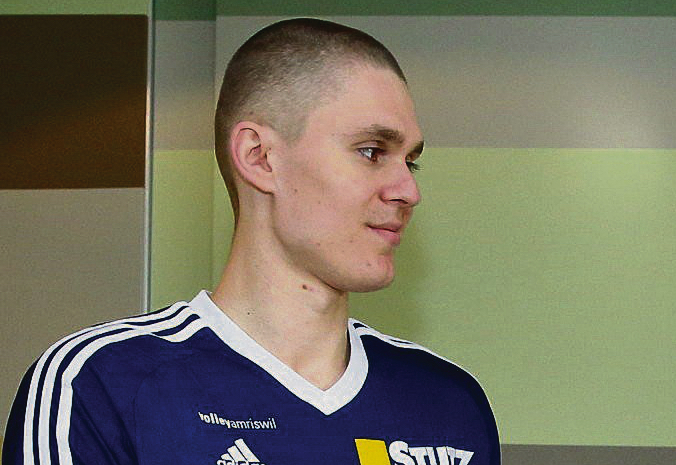 He has quite a few stories Current Photo via GACCIOLI KREUZLINGEN @ www.tourcoing-volley.com 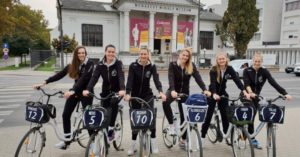 Russia’s Bogdan Olefir is a true volleyball nomad. Although only 28 years old, he has already played in 10 different teams in eight different countries. Starting out ir Russia, he made his way to Finland, then Kazakhstan, Montenegro, Switzerland, France, Indonesia, and the United Arab Emirates. That is a lot of travelling and a lot of culture to take in. According to him, all of it because “It’s better to go abroad than to sit on the bench in the Super League or play in the lower Russian leagues. It will be much more useful for a career.”

He shared nice stories of all his travels with sport.business-gazeta.ru, Here are the best parts:

Finland
On my first season abroad, I learned that the pressure on foreign players is high. You have to be a game changer, or else you are fired. In my opinion, this is harsh, but honest. I have accepted these rules and still adhere to them – we must work at our maximum and correspond to the level for which you were signed. As for the way of life, Finland is a country that I would love to return to. Finns are very open and positive people. A wonderful nature – forests, lakes – which gives you strength. Dairy products are of the highest quality, and the best thing I’ve tried was a cream soup made from red fish.

Kazakhstan
Moving to Kazakhstan is perhaps the main mistake in his career. Honestly, I do not even want to remember it. The level of the championship there is not bad. But, unfortunately, I was not warned that the level of organization there is horrible, and the attitude to the players from the part of the leadership is simply brutish. It sounds rude, but I cannot say otherwise. The money promised there was never received. Anything that does not kill us makes us stronger – probably the best sentence that characterizes the Kazakhstan stage of my career.

Montenegro
In Montenegro I felt a very kind attitude towards me not only as a foreign, but also as a person. I felt that they consider Russia a fraternal people. As for Budva, it is beautiful for rest and travel – beautiful landscapes.

Switzerland
I terms of organization, the local club meets world standards. The car, the apartment, the food – everything for the players is at the highest level.

France
Every match is real war. Plus, very intense training. It was such a difficult season that I returned home exhausted. What surprised me in the club was the medical department. More precisely, the complete absence of one.

French people are language Nazis. Local people think that everyone should speak French. If you start to communicate in English, you can just turn away and leave. I agree that you need to love your language and be proud of it, but it’s too much. Strange behavior, which I think is stupid and unacceptable. It seems to me that in Russia any foreigner will go to a meeting and try to help, even if explaining on his fingers The French seemed to me rather arrogant. And with young guys in general it was not interesting to communicate. It seems to me that multiculturalism has had a detrimental effect on the younger generation, the French have lost their identity.

Indonesia
Indonesia surprised me a lot. First, the religiosity of the people. I’ve been to Muslim countries – Kazakhstan and partly to France – but I have never seen anything like it. Players and team coaches regularly read prayer. Religion is one of the factors that unites the team. At the same time, they are loyal, even warm to other religions. I was pleasantly surprised. In Indonesia, due to this kind of religiousness, my attitude to Islam changed radically.

Although the league has very inexperienced coaches, player accommodations are very ideal. Single rooms in hotels, comfortable seats in airplanes, cars, food – all at the top level. You do not spend any money, which is very important. Plus a great medical staff. You could concentrate completely on training. There were ideal conditions for progress, trying to extract the maximum from them. However, the arenas arenas are terrible. Some had places with no wall and no windows. The stands are full, air conditioners can not cope, oxygen quickly ends. It’s hot, stuffy, heavy. For example, when we played in Bali, it was under 50 degrees of heat. You need to have strong health to play in Indonesia. During the time-outs, we were covered with ice, brought oxygen masks to recover a little.