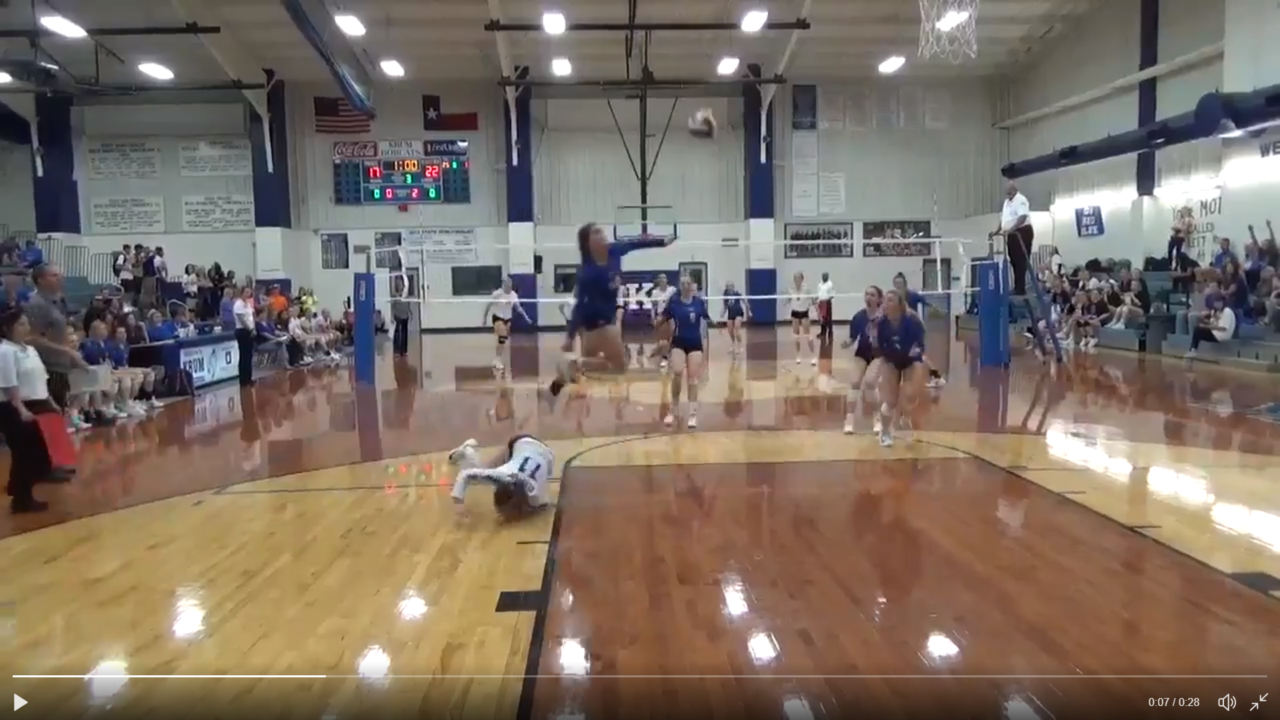 Finney, who had the most viral volleyball play of the year, has been nominated in the Best Play category. Archive Photo via @satasha_k/twitter

Decatur High School (TX) senior Autumn Finney is the only volleyball player who was nominated for an ESPY award. Her diving dig in an October match is one of 16 plays nominated for the Best Play honor, with her name appearing on a list alongside global sporting superstars including Cristiano Ronaldo, LeBron James, Gareth Bale, Nick Foles and the Alabama football team.

The ESPY Awards, which stand for Excellence in Sports Yearly, is ESPN‘s annual awards program. The majority of the awards, including the one that Finney was nominated for, are decided in part by an online fan vote. Winners will be announced during the annual awards show on July 18th.

This category is typically one that provides the most diverse set of athletes – from professionals like the ones mentioned above, to miraculous feats from amateur and high school athletes, like that of Finney.

There are typically a handful of volleyball players nominated for the “Best Athlete” or “Best Team” awards, including last year, where Stanford’s Inky Ajanaku was nominated for Best Female College Athlete, but this year, Finney is the only nominee.

Vote for your favorite at ESPYS.com.