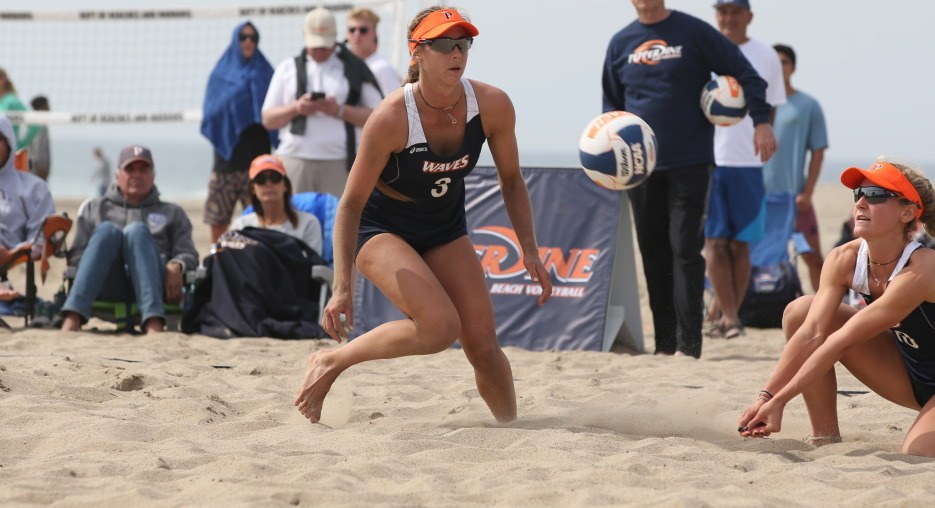 Over the weekend, the Pepperdine beach squad took down tough opponents in then-ranked #7 Georgia State and then-ranked #2 Florida... Current Photo via Pepperdine Athletics

Over the weekend, the Pepperdine beach squad took down tough opponents in then-ranked #7 Georgia State and then-ranked #2 Florida State. With the victories, the Wave earn VolleyMob’s National Beach Team of the Week honors.

The Wave improved to 3-1 with the 2-0 weekend, with all their matches coming to top-7 nationally ranked teams.

Pepperdine took on Florida State in their first match of the East Meets West Invitational. The Wave jumped out to an early lead with #4 Anika Wilson and Deahna Kraft taking down FSU’s Sierra Sanchez and Hailey Luke 2-0, (21-17, 21-14), shortly followed by the #2 duo of Corinne Quiggle and Brittany Howard fighting in three 2-1, (21-17, 14-21, 16-14) to take down the Seminoles and take a 2-0 match lead.

Knudsen and Roh’s 2-1 victory over FSU, was enough to earn the #7 spot on the NCAA’s weekly top-10 plays.

The Wave’s second match of the invite was not as challenging, taking down #7 Georgia State 4-1 with the teams only defeat coming from the #3 position.