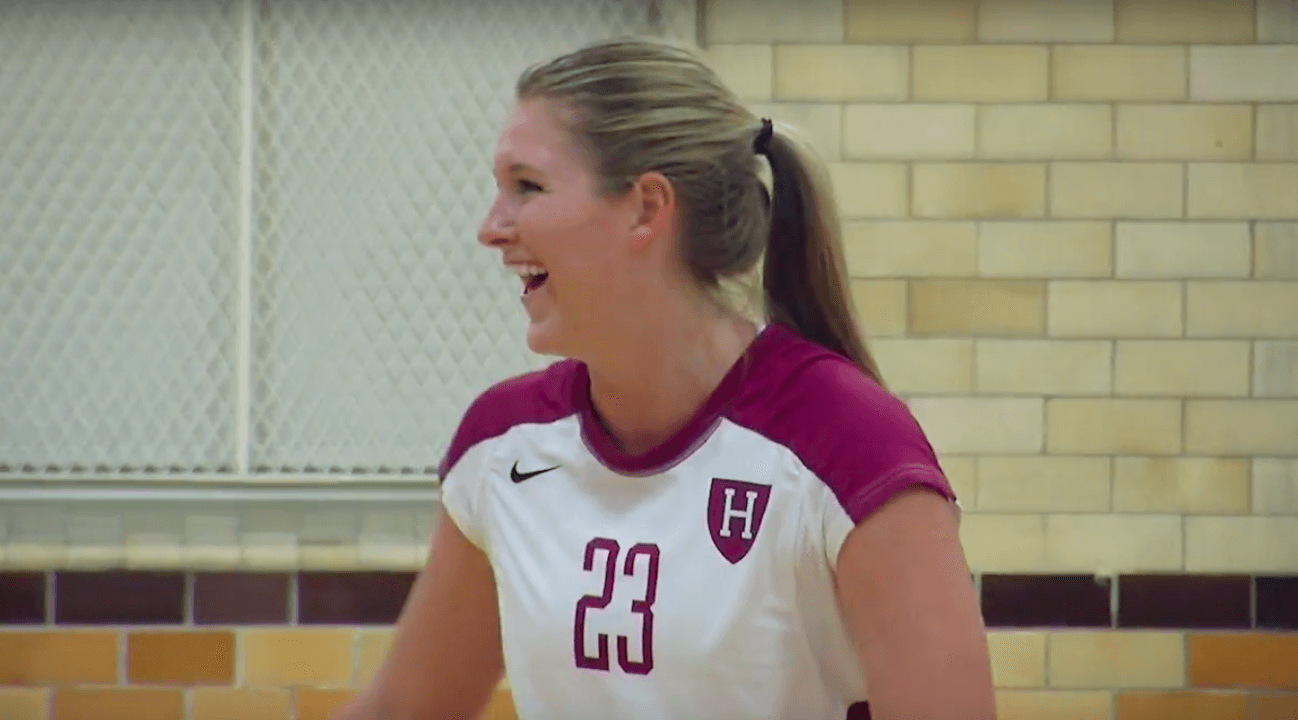 Senior setter Corinne Bain recorded her eighth triple-double of the season in the Crimson’s 3-2 win over Brown on Saturday. Current Photo via Screenshot/HarvardAthletics YouTube

A player who has been called “one of the greatest players in the history of Harvard volleyball,” Corinne Bain recorded her eighth triple-double of the season in the Crimson’s 3-2 win over Brown on Saturday.

“Corie is one of the best players that we’ve had,” coach Jennifer Weiss told The Crimson. “She just plays hard and makes us play hard with her, those around her get better. She’ll be greatly missed. She’s definitely left her legacy and has been a wonderful one.”

Before the game on Saturday, Bain — the only senior — reminisced on her time at Harvard, especially her role on the 2014 and 2015 teams that won Ivy League titles.

“I think those emotions are good,” Bain said. “It’s just showing me that everything I’ve done every day for at least three hours is paying off and ending in the best way I could have asked for.”

Bain, a three-time first-time All-Ivy honoree, also had triple-doubles this season against:

Harvard finished fourth in the Ivy League with a record of 9-14, 7-7 conference.