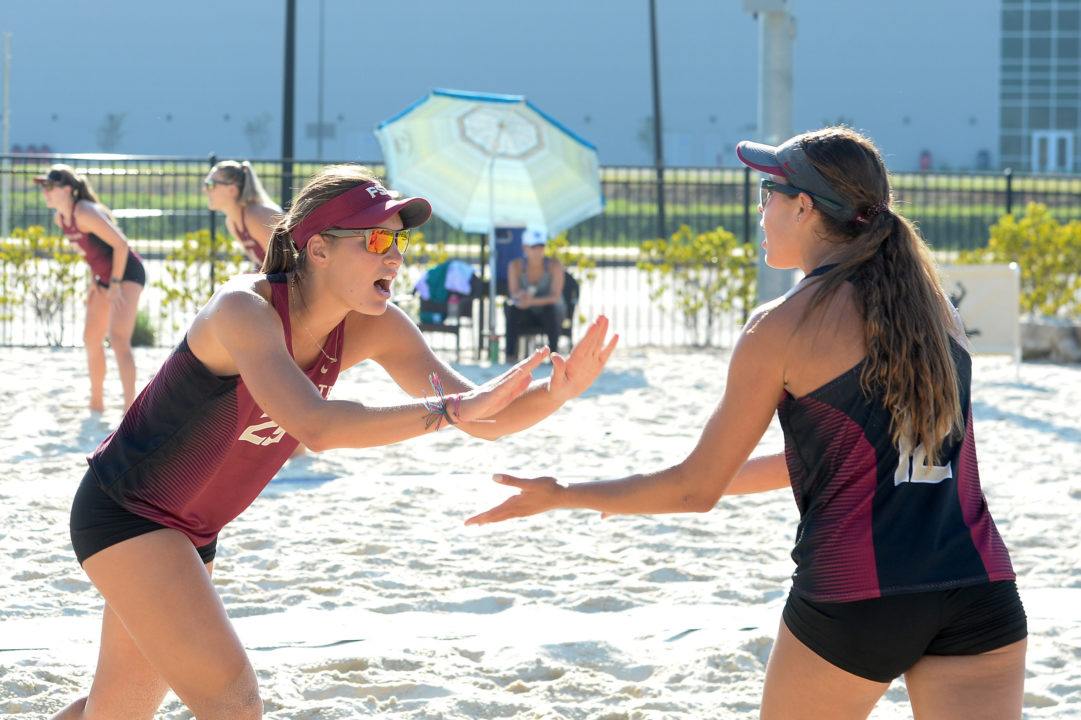 After posting a 6-0 record on the weekend and helping Florida State to back-to-back CCSA Conference championships, Vanessa Freire and Victoria Paranagua earn this week’s VolleyMob National Beach Pair of the Week honors.

Florida State started the CCSA Tournament with two dominant wins over UNCW and Tulane. Freire and Paranagua swept their competition in both matches.

On the final day, against FIU, once again, Florida State rolled to a 5-0 victory to claim the CCSA title. Freire and Paranagua clinched the victory over FIU with a 2-0, (21-16, 21-19 victory over Friesen and Thomas.

Freire and Paranagua earned the CCSA Tournament MVP honors with their 6-0 record.

With clinching the CCSA title, Florida State is expected to make it to the NCCA Beach Volleyball Championships, which will be announced on Sunday, April 30 at 7 PM ET.