Warszawa’s Wojtaszek Out Of Line Up For 3 Weeks 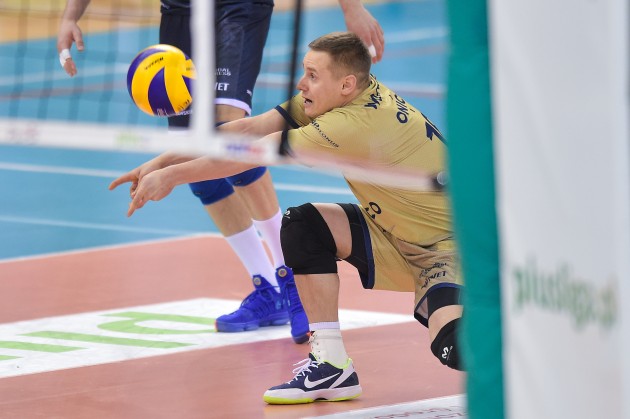 Warszawa has been plagued with injuries this season and recently fell back to #3 in the Plus Liga standings after losing their starting libero, Damian Wojtaszek, in the team's loss to BBTS Bielsko-Biala. Current Photo via onicowarszawa.pl

Onico Warszawa has been plagued with injuries this season and recently fell back to #3 in the Plus Liga standings after losing their starting libero, Damian Wojtaszek, in the team’s loss to BBTS Bielsko-Biala.

The loss of Wojtaszek puts Warszawa down four players including three starters on the season. Also succumbing to injury have been Bartosz Kwolek, Jan Nowakowski and Canada’s Sharone Vernon-Evans.

The loss to Bielsko-Biala, who sits at #15 out of 16 teams in the league set back Warzsawa to third place in the league. Now, the #3 squad has a 17-6 record on the year and is four matches behind the top-ranked squad of Zaksa Kedzierzyn-Kozle.

This season has been a more productive year for Warszawa, as they finished in 9th place last season with a 14-16 overall record. Them taking home the title this season will be a difficult task with the four players out for extended periods of time, with Wojtaszek’s recovery time looking to be about 3 weeks.