Last round of the Italian SuperLega Wraps Up 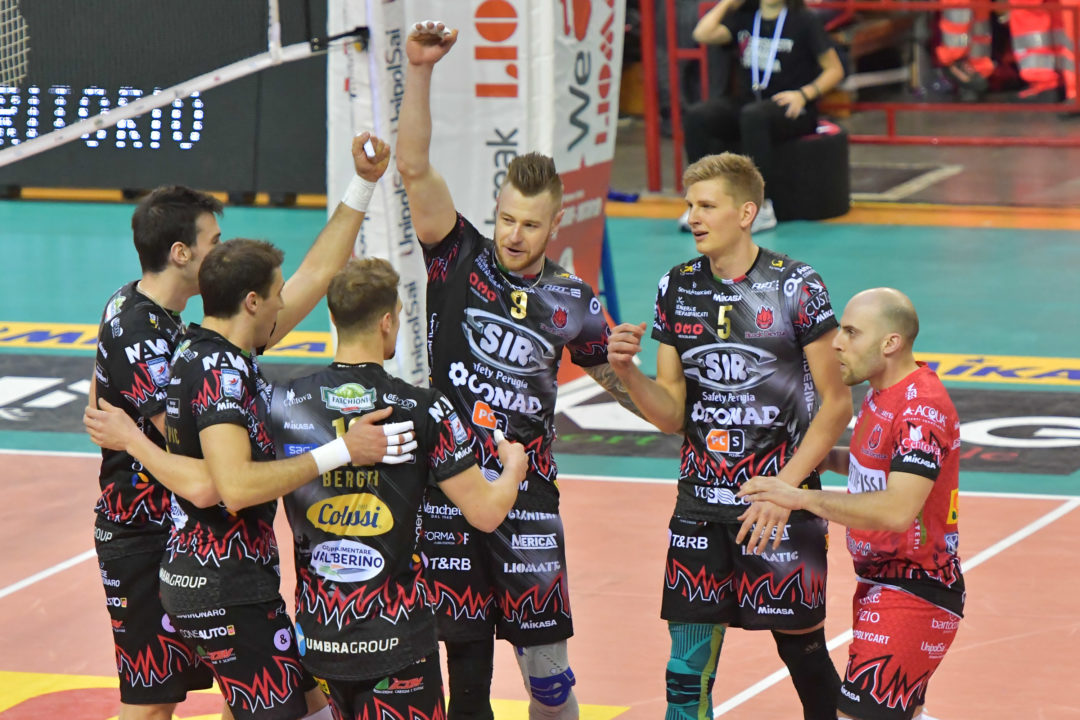 There wasn’t much to fight for in the 26th and last round of SuperLega, but that doesn’t mean we didn’t get some fun games from the best league in volleyball. Aleksander Atanasijevic and Osmany Juantorena had a bit of a showdown for the Gazzetta 2018 trophy, awarded to the player with the most total MVP votes for the season. If the race wasn’t so tight, Juantornea likely wouldn’t have played, as Civitanova’s place in the standings is set and he has been dealing with some nagging injuries. His resilience paid off though, as he won the trophy for the second year in a row, beating out Atanasijevic 101 points to 100.

The biggest surprise team of the season was Bunge Ravenna, who came in with low expectations after a 10-16 finish last year and losing many of their key players such as Mauricio Torres and Julien Lyneel. After a hot start which saw them as high as fourth in the standings, Ravenna managed to hold their ground and finish the season at 14-12 and 8th place. One revelation for the team has been Paul Buchegger, the 21-year old Austrian who played in the Italian 2nd division last season. He has been the 2nd highest scorer in the entire league this season, with 458 points, 49 of them coming from aces. He and setter Santiago Orduna have been a huge part of Ravenna’s success both in the SuperLega and in the CEV Challenge Cup.

For every loser, there is a winner, however, and the most disappointing team in this SuperLega season has been Vibo Valentia. Two of their most notable players, Oleg Antonov and Ben Patch, came in off summers of strong performances for their national team. Antonov was recently released to continue his season in Turkey after being fed up with not competing in meaningful games. Patch especially had high expectations, being one of the highest scorers in World League 2017 where Matt Anderson was absent, and foregoing his senior season at BYU in order to pursue pro volleyball. While his performance has been better later in the season, inconsistency has limited his effectiveness, an issue that he will need to fix to get the most out of his pro volleyball career. It will be interesting to see how Valentia revamps their roster this summer, as another 4-22 finish is a dicey proposition when relegation comes back into play next season.

Quarterfinals start this Sunday, March 11th @ 12am est. Each series is a best of three matches played out over consecutive weekends. The first matchups are as follows: