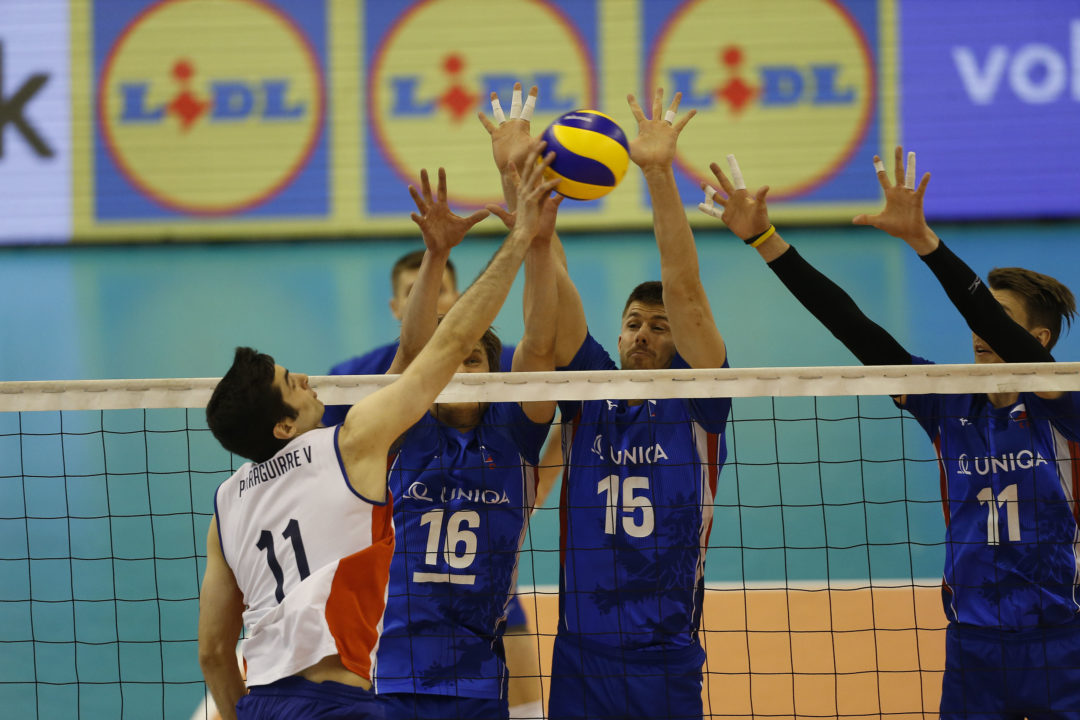 Czech Republic and Portugal will meet for Gold and a spot in the 2019 Volleyball Nations League, which you can watch live here. Archive Photo via FIVB

It’s all down to this for both the Czech Republic and Portugal, with the two European sides competing for Gold and a chance at making the 2019 FIVB Men’s Volleyball Nations League – where they replace the lowest ranked challenger team from the 2018 version. These teams actually met twice in the Golden European League a few weeks back too, with Portugal taking both matches (3-2 and 3-1). That was in pool play for Czech Republic though, who went 2-4 and since has found their footing as they look to continue the strong play one final time in this event.