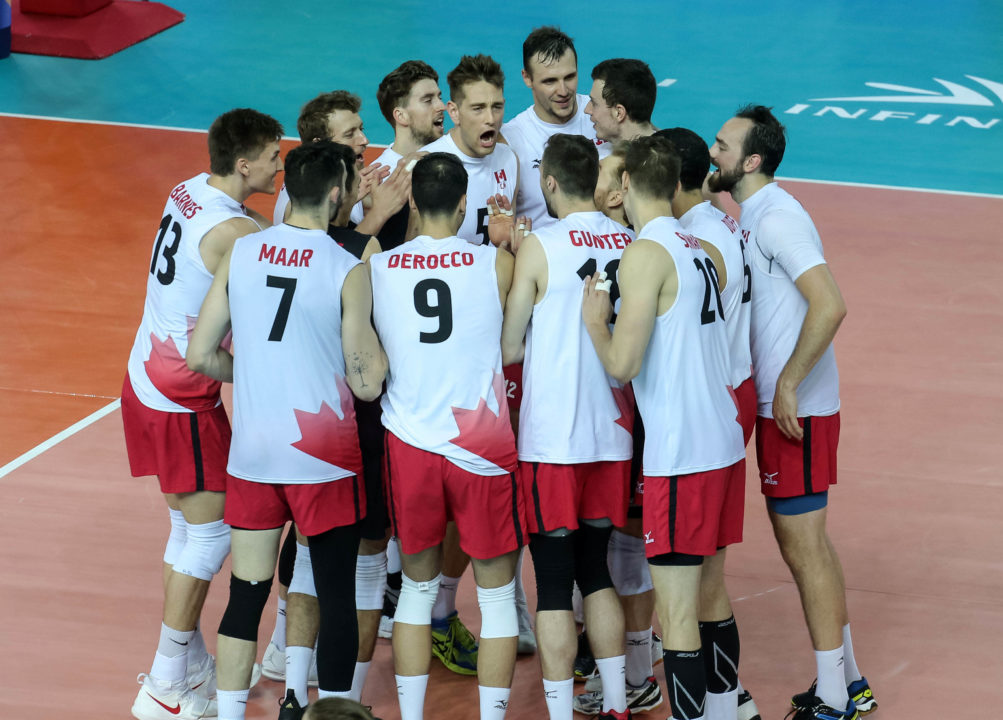 Graham Vigrass turned in a match-high 18 points and the Canadians strong-armed Japan in blocks and aces in a sweep to round out their VNL campaign. Top scorer Drazen Luburic poured in 28 points and Serbia owned the net in a four-set win over host China on Sunday.  Current Photo via FIVB

Graham Vigrass turned in a match-high 18 points and the Canadians strong-armed Japan in blocks (7-0) and aces (5-1) in a sweep to round out their VNL campaign.

Vigrass downed a match-high 15 kills and added two blocks and an ace to pave the way for Canada. Nicholas Hoag (11), Arthur Szwarc (10) and Gavin Schmitt (9) followed. Schmitt added nine putaways, while Szwarc chipped in eight and two blocks. Hoag tacked on seven putaways, a team-best three blocks and an ace. Stephen Maar rounded out the offense with three kills in nine swings.

Issei Otake and Masahiro Yanagida paced Japan with 13 and 11 points respectively, putting down 12 and 11 kills. Otake also served up the team’s lone ace. Tatsuya Fukuzawa (7), Yuji Nishida (7) and Haku Ri (6) supplied more offense, but it was not enough. Nishida racked up his seven points as a substitute in Set 3.

With the win, Canada is guaranteed a spot in the upper half of the tournament field and will wind up in either seventh or eighth out of 16 depending on the USA/Italy result later in the day. Japan finished out the tournament at 6-9 (12th).

Top scorer Drazen Luburic poured in 28 points and Serbia owned the net in a four-set win over host China on Sunday.

Luburic turned in 28 kills, more than double his nearest teammate, Milan Katic, who added 13 points, all on putways. Nikola Mijailovic chipped in 12 points on 11 kills and a block. Aleksandar Okolic (10) and Peter Krsmanovic (8) put up three blocks apiece to lead the team at the tape. Ivan Kostic served up three of the team’s four aces, while Okolic added the last. Uros Kovacevic and Aleksandar Atanasijevic were content to watch the show from the bench.

Chuan Jiang managed 18 points on 17 kills and an ace, and Libin Liu tacked on 15 points (12 kills, 3 aces), but it was not enough. Shuhan Rao paced the team’s blocking efforts with two stuffs to go with his six kills and an ace. Haixiang Du and Ruantong Miao posted five kills apiece.

Solace for the Chinese can come in the fact that the team boasts the tournament’s leading scorer in Jiang with 272 points. While the 3-12 mark is not ideal, the team now has a jumping off point for the Asian Games in August.