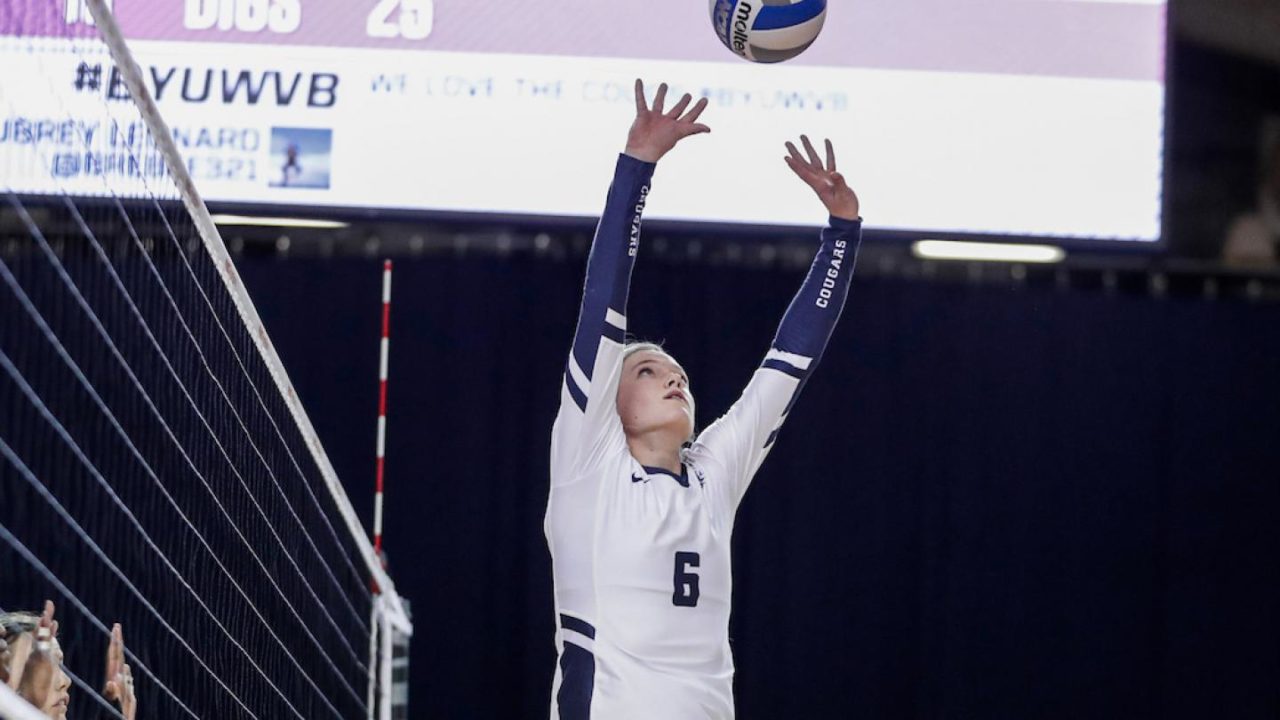 The Cougars remain undefeated at 21-0 and continue to support their place as the top team in the country, while Portland now drops further below .500 in league play after making a charge toward that line. It was an impressive effort from the home crowd, who broke the school’s volleyball attendance record.

It wasn’t the only milestone surpassed in the match. For BYU, setter Lyndie Haddock-Eppich surpassed 3,000 career assists, becoming the fifth rally era player and ninth overall in program history to do so after coming into the night 14 away. She stuffed the stat sheet too with 34 assists, 7 digs, 5 blocks and 4 kills (.667).

Next Up: BYU stays on the road in the Pacific Northwest to battle Gonzaga while Portland stays at home for a meeting with another top-tier WCC team in San Diego.

The Toreros continue to bounce back after a slow start to both the overall season and conference season, as they improved to 9-2 with a win at Gonzaga. It was all about their floor defense as they won the battle of digs 45-36 and held the Bulldogs to a .117 mark.

Offensively it wasn’t the best match for San Diego, though it wasn’t poor either and they did show balance with Addie Picha (10 kills, .562), Roxie Wiblin (10 kills, .118, 8 digs) and Megan Jacobsen (8 kills, .462) leading the way. Kelli Barry (18 digs) headlined a defense that only had four blocks but were stingy all around.

Next Up: The Toreros still have two more on the road, continuing on Saturday at Portland before a big meeting at #1 BYU next Friday. Gonzaga on the other hand hosts those same Cougars on Saturday.

Led by an aggressive serve and star performance, Loyola Marymount was able to take down San Francisco 3-1 in a match where each side reached 20+ points in all four games.

Next Up: The Lions will stay at home to host Santa Clara. San Francisco will stick around in the L.A. area and go to Malibu to take on Pepperdine on Saturday.

Pepperdine exploded in the second and fourth sets, while squeaking out the first to earn a four-set victory over Santa Clara and move a half game ahead of Saint Mary’s for third in the WCC.

Next Up: Santa Clara stays around southern California to meet up with Loyola Marymount. Pepperdine stays around too and will host San Francisco.