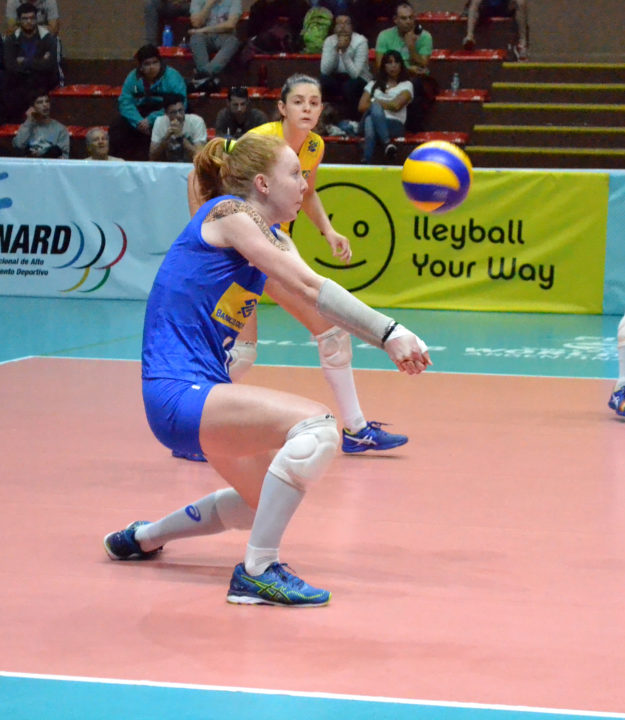 Júlia Bergmann, one of Brazil's youngest volleyball jewels, has decided to leave the country's youth development system to try her hand in the NCAA Current Photo via FIVB

Júlia Bergmann, one of Brazil’s youngest volleyball jewels, has decided to leave the country’s youth development system to try her hand in the NCAA. The 17-year-old 6’5″ outside hitter, a staple in all of Brazil’s youth teams, and who was recently crowned a South American U20 champion, will play for Georgia Tech.

She spoke to Brazilian volleyball blogger Bruno Voloch about the move:

“I think it is important to study, to have the experience of playing in another country, and to learn another language. Going to college will not hinder my career. In fact, I think it can even open new doors to me. I hope the recently ended South American Championship was not my last participation with a Brazilian national team. I really want to play for it at the senior level, to compete in an Olympic Games and a World Championship. I think my time will come, and I still  have a lot to evolve in my game.

I think youth volleyball has not been valued in Brazil as it should have been in the last recent years, specially in a few states where the sport doesn’t get that much visibility. Without someone to encourage the children to practice volleyball, the sport will not go forward.”