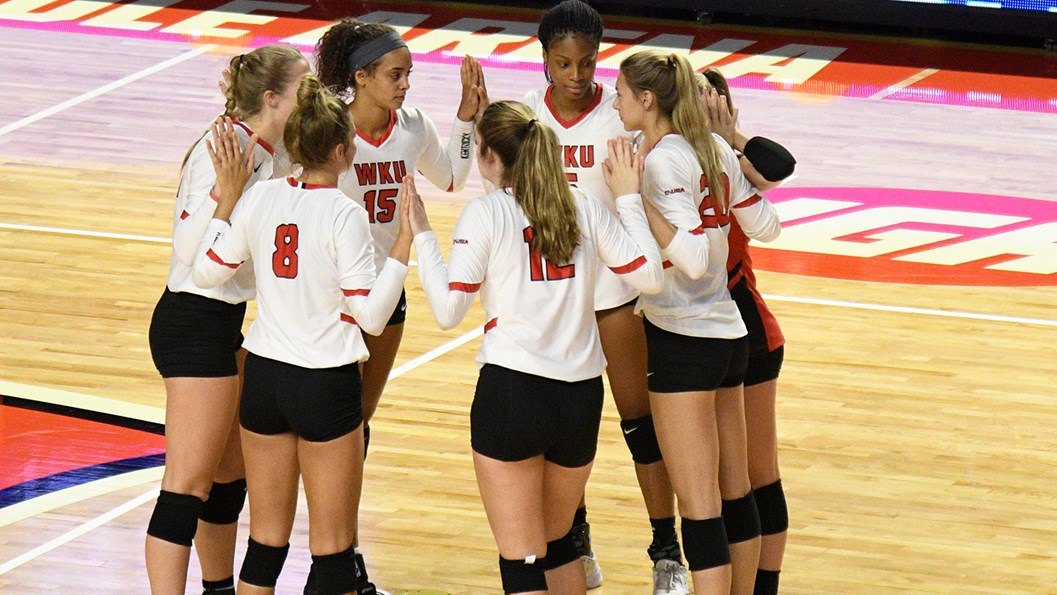 BOWLING GREEN, Ky. – WKU Volleyball is set to open its 2018 home slate in E.A. Diddle Arena Tuesday night as Belmont comes to town for a 6 p.m. CT, match. Both squads opened their seasons on the road over the weekend with the Lady Toppers going 1-2 in a very talented Charleston Classic field while Belmont is still seeking its first victory (0-4). Tuesday’s tilt will be the first action since the WKU facility underwent a summer face lift.

Under the direction of veteran head coach Travis Hudson – who enters his 24th season on The Hill – the Red and White currently own claim to the longest active home winning streak across the nation with 23-straight victories. Entering the weekend, defending national champion, Nebraska, owned the best streak with 30 wins but suffered a loss in its 2018 home opener.

Tuesday opposition, the Bruins, enter the midweek tilt with a 0-4 record after a 14-15 campaign in 2017. Belmont returned 8-of-14 letterwinners but just 1-of-6 starters. Three of Belmont’s four losses came at the hands of Power Five opponents, as the Bruins suffered losses to Tennessee, Michigan State and Iowa.

In the all-time series with the Bruins, WKU owns an unblemished 19-0 record – including a 9-0 mark in the confines of Diddle Arena. Since joining Conference USA prior to the 2014 season, WKU Volleyball has swept Belmont in all four meetings.

A young squad, the Lady Toppers continue to improve every time they take the floor together. At the College of Charleston Classic over the weekend, Hudson went deep into his bench all three matches to gain valuable playing experience for every player on the roster.