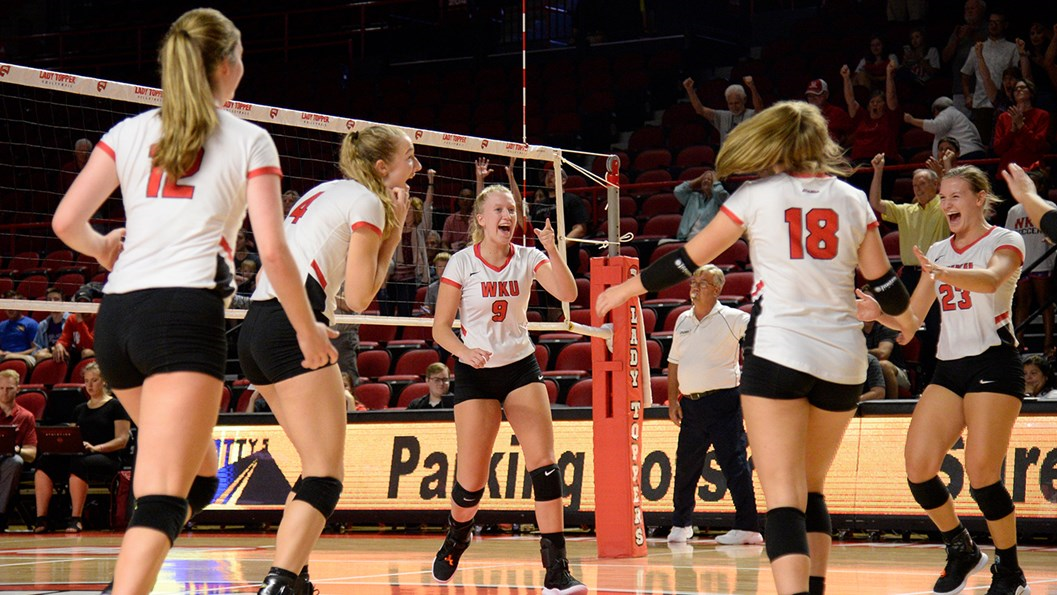 WKU Volleyball will close out its non-conference slate with a Tuesday night tilt against Austin Peay in Clarksville, Tenn.  Current Photo via Westernn Kentuckty Athletics

BOWLING GREEN, Ky. – WKU Volleyball will close out its non-conference slate with a Tuesday night tilt against Austin Peay in Clarksville, Tenn. The Govs enter the midweek tilt with a 17-3 record while the Lady Toppers own a 14-7 overall mark. First serve from the Winfield Dunn Center will go up at 6 p.m. CT.

LOOKING AT THE LADY GOVS:

Austin Peay enters Tuesday’s contest with a 17-3 reading on the season which includes a 7-1 mark in Ohio Valley Conference matches. Last time out, APSU took down Tennessee State in Nashville following a five-set loss at Belmont the day prior.

WKU and Austin Peay have a few common opponents on the season including Belmont, Middle Tennessee and Rice. Both sides picked up a victory over the Blue Raiders and suffered a four-set loss to the Owls. WKU downed Belmont in three sets early during the 2018 campaign while APSU fell to the Bruins Friday night in five sets.

APSU returns 11 of its 15 letterwinners – and four starters – from a 30-6 campaign a year ago. In the all-time series, WKU leads Austin Peay 31-11 with wins over the Governors in the last 14 meetings.

Following Tuesday’s tilt against Austin Peay, the Red and White will return home for one of their three remaining matches on The Hill. North Texas is slated to visit Bowling Green in WKU’s lone contest this weekend. First serve on Friday night is slated for 6 p.m. CT. Admission to the match will be free and donations will be accepted at the door for both the Hope4Harlie and Friends of Jaclyn Foundations.

Supporters can also donate to the online fundraiser here.