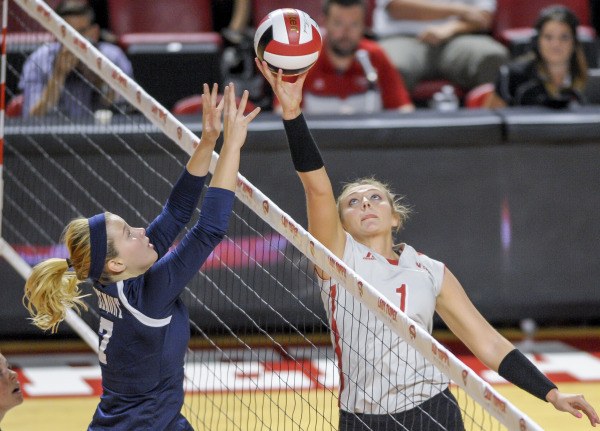 As the 2017 season quickly approaches, WKU Volleyball is excited to invite fans to its inaugural Volleyball 101 event on Saturday,... Current Photo via WKU Athletics

As the 2017 season quickly approaches, WKU Volleyball is excited to invite fans to its inaugural Volleyball 101 event on Saturday, August 19, inside Diddle Arena. The outing will open with the Lady Toppers’ second scrimmage of the preseason open to the public at 2 p.m. CT, before shifting into a youth clinic with the WKU players and assistant coaches while head coach Travis Hudson conducts an educational session in the Paul Just Media Center to break down the game and strategies.

Action will open at 2 p.m. CT on the Diddle Arena main court with an hour long WKU Volleyball scrimmage. At 3 p.m., the Lady Topper players will stay in the gym and share the game they love with young fans in an hour long youth clinic while everyone else heads over to the media room with Coach Hudson to learn the ins and outs of the sport plus much more.

Parking and event admission is free for everyone. Fans are encouraged to park in Parking Structure 2 (between Diddle Arena and L.T. Smith Stadium).

Additionally, there will be chances to win season tickets, WKU Volleyball gear and more. Posters and other print pieces will be free to fans at the first annual event as well with autographs being signed at the end.

With the 2017 campaign just around the corner, volleyball season tickets are available online at WKUSports.com or by calling the WKU ticket office at 1-800-5-BIGRED. Season ticket holders will receive 12 general admission tickets with the Flexible Ticket Package that can be used to attend the home games of his or her choice. This plan allows the flexibility to choose which volleyball games the buyer wants to attend and the number of tickets used for each game. Season ticket holders also gain exclusive access to pre-game chalk talks with Hudson, who enters his 23rd season at the helm of WKU volleyball.