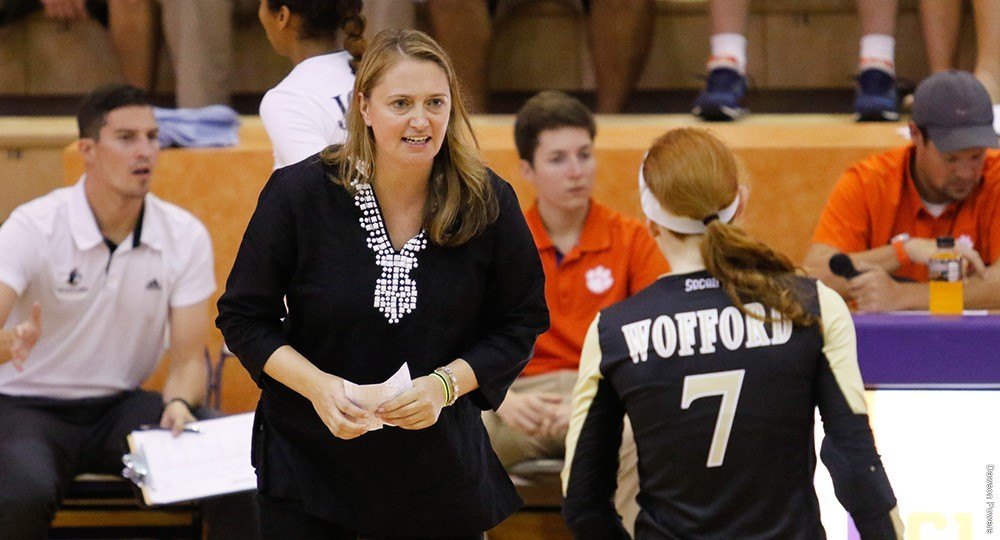 Wofford added a former Ole Miss rebel in Taylor Gill for the 2017 season. Archive Photo via via Wofford Athletics

The Wofford Terriers are bringing in Ole Miss transfer Taylor Gill. A 5’10” defensive specialist, Gill will be a junior in the fall as she is immediately eligible to play at Wofford.

“We’re really excited to add Taylor to the squad this spring,” Wofford head coach Lynze Roos said in the release. “She adds some depth to our ball control, and she is a solid defensive player.”

Originally from Madison, Alabama, Gill was named All-State three times in high school before her two years with Ole Miss. She saw action in 62 sets as a freshman in 2015 at Ole Miss and collected 95 digs, 21 assists and 13 aces. Last year, as a sophomore, she appeared in 16 matches and totaled 10 digs, eight aces and three assists for a 17-14 Ole Miss team. She was also awarded for her off-the-court work, as she made the All-SEC Academic Team in 2015 and 2016.

“Getting to know Taylor through the transfer process, she is hungry to contribute to the program and help us toward our goal of winning a SoCon title,” Roos said in regards to the news.  “She is a tremendous team player and a great communicator, as well as an impressive athlete.  We are anxious to see how she can impact our team defense and serve receive.”

Wofford went 17-15 last season, good for the most wins for the Terriers volleyball team since 2009, when they won 18.